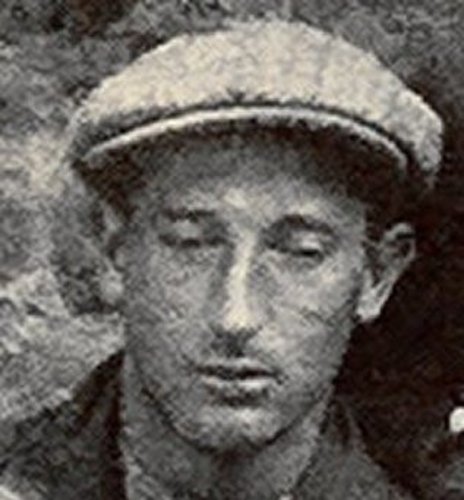 Thomas was born in July 1893 in Spratton, the son of Thomas Horne, a farm labourer from a long-established family in the village, and his wife Emma. They lived with their large family in a three-roomed cottage in Manor Road, Spratton. Three brothers served in the war – Thomas, Arthur and Lewis. Thomas and Arthur returned safely, but Lewis was killed in action in France. Thomas became a baker when he left school and was generally known as ‘Knocker’ in the village. He joined the Reserves in January 1909 aged 16.

He was called up immediately war was declared in August 1914 and sent to France with the 1st Battalion, Northamptonshire Regiment aged 21. He fought at Mons and Ypres and received a gunshot wound to his arm in action on 14 November 1914. After being treated in the hospital at Rouen he was invalided home just in time for the birth of his baby daughter, Phyllis on 21 November 1914. He quickly married his sweetheart Kate Wykes from Spratton at the Registry Office in Northampton before returning to the Front in January 1915. He fought with the 3rd Battalion at Loos, Auber’s Ridge and Cambrai and was discharged in January 1918. Thomas was awarded the 1914 Star, the British War Medal and the Victory Medal.

Thomas died on 9 February 1957 aged 64 and was buried in the new cemetery in Spratton with his wife, Kate.

Thomas sometimes writes his name as HORN, but usually the family use HORNE.