Young men who served one hundred years ago in the First World War were remembered in April 2015 in an event organised by Spratton Local History Society.  Hundreds of people turned out to watch the Great War Society drilling, look at the English Heritage biplane, and listen to lectures on the war in the air by the RAF Museum London, on fashions in 1914-18 by History Wardrobe and on Victoria Cross airman William Rhodes-Moorhouse.

A large marquee held refreshment stands and a large number of stalls showing items from the First World War, books, family history, military history, war gaming and charities. The Vintage Motor Cycle Club arrived with 1914-18 motor cycles and were joined by bikes from the Sunbeam Motor Cycle Club. However, the star exhibit was an SE5 biplane from the First World War kindly loaned by English Heritage. Four different bands played in the marquee throughout the weekend. Spratton Scouts and Northampton Air Cadets helped with the car parking. The event closed with a stunning flypast of a Sopwith Triplane from Sywell Aerodrome.

Donations received at the First World War events of April 2015 were sent to The William Rhodes-Moorhouse VC Charitable Trust, the Soldiers, Sailors and Air Force Association (SSAFA) and Combat Stress.

Video by Philip Jarvis, photos below courtesy of the Spratton Photography Group 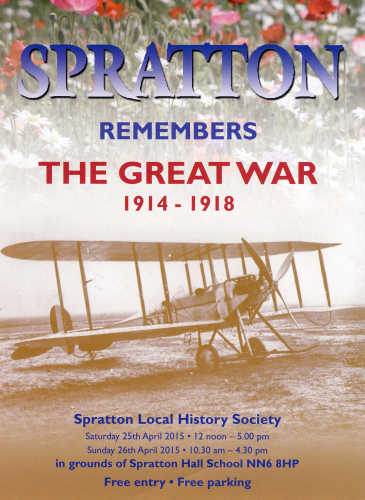 The Poster for the Spratton Remembers the Great War Weekend 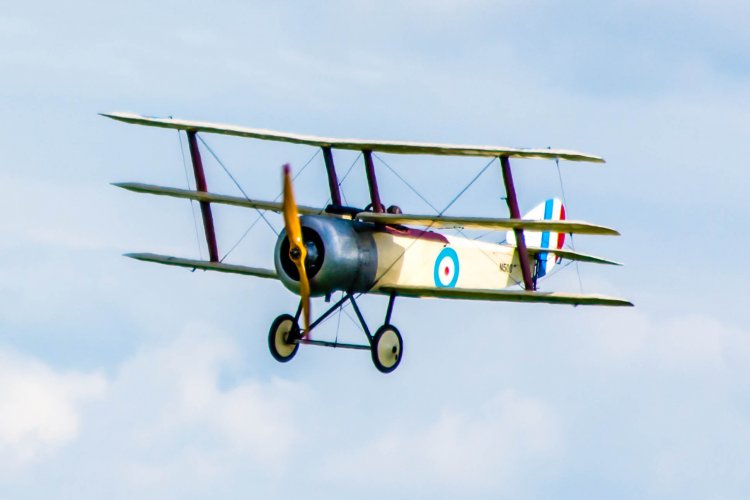 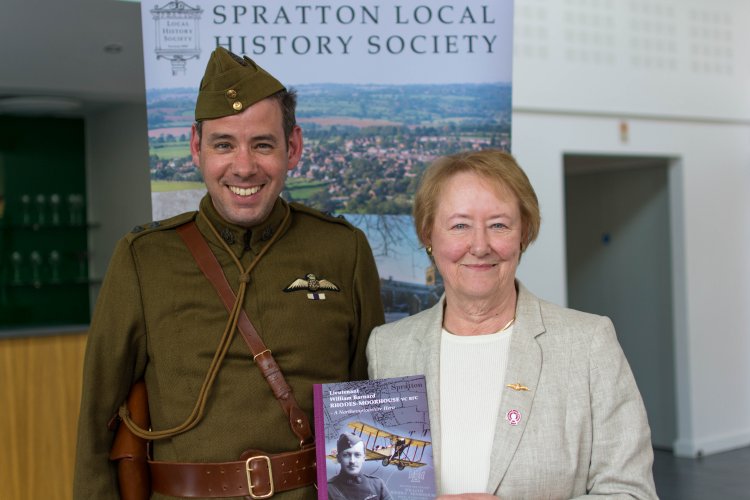 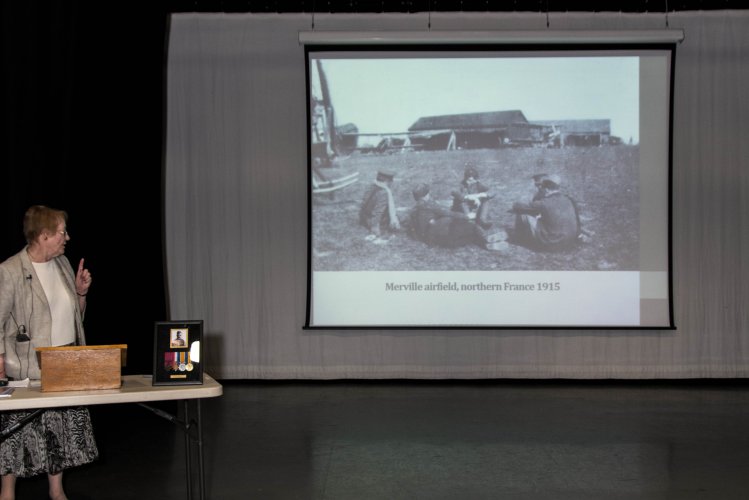 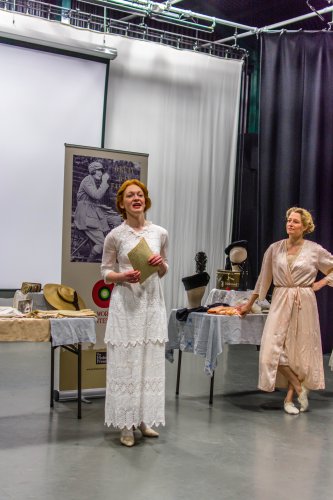 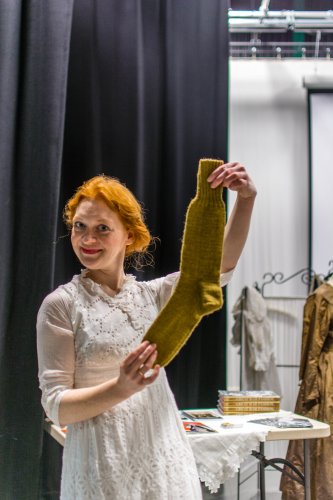 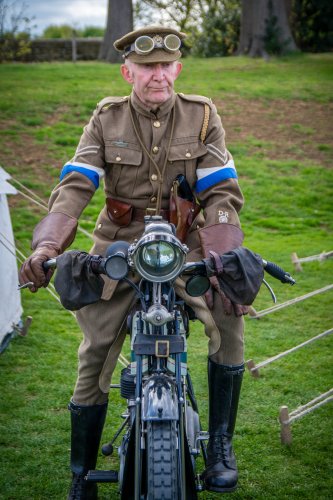 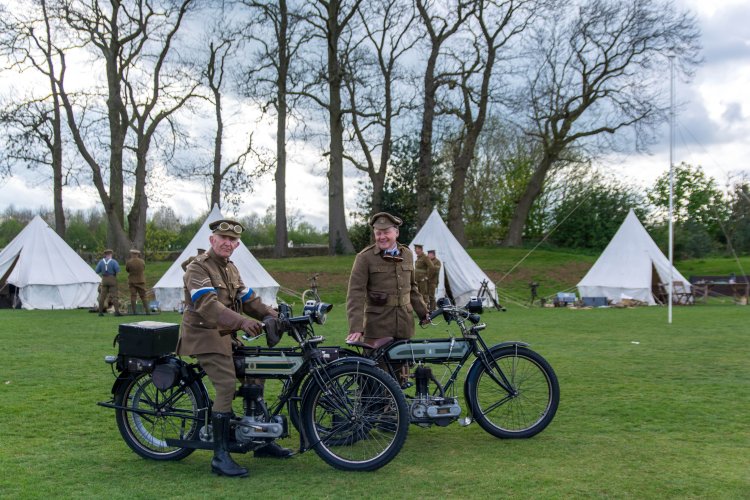 The Sunbeam and the Vintage Motor Cycle Clubs 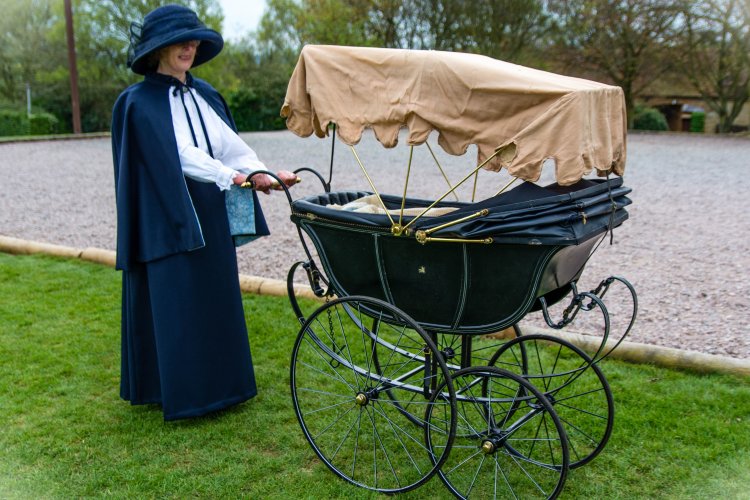 Mother & baby of the period 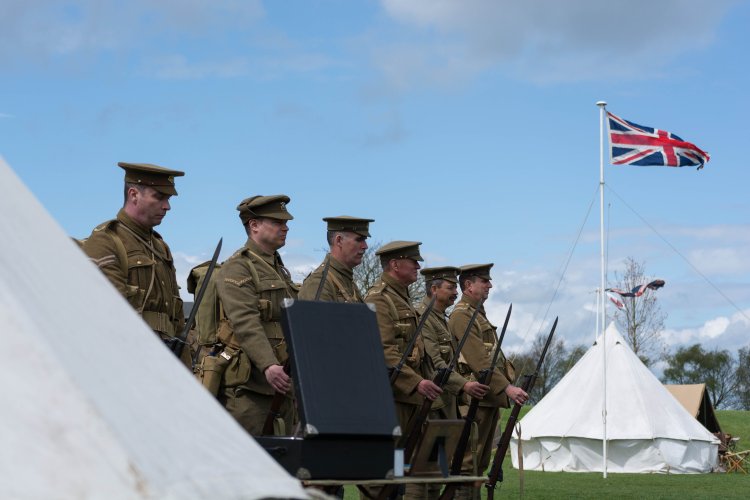 The Great War Society on parade 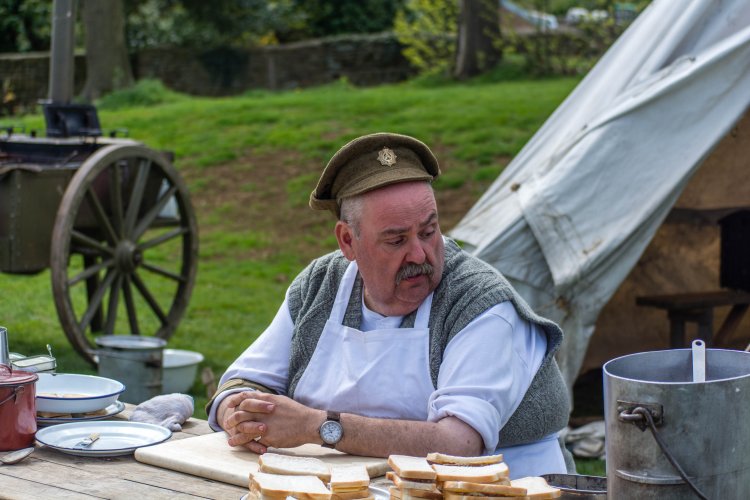 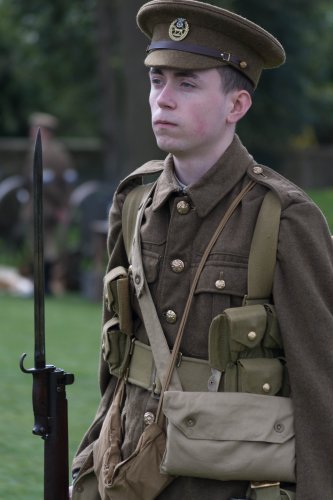 A private soldier in uniform 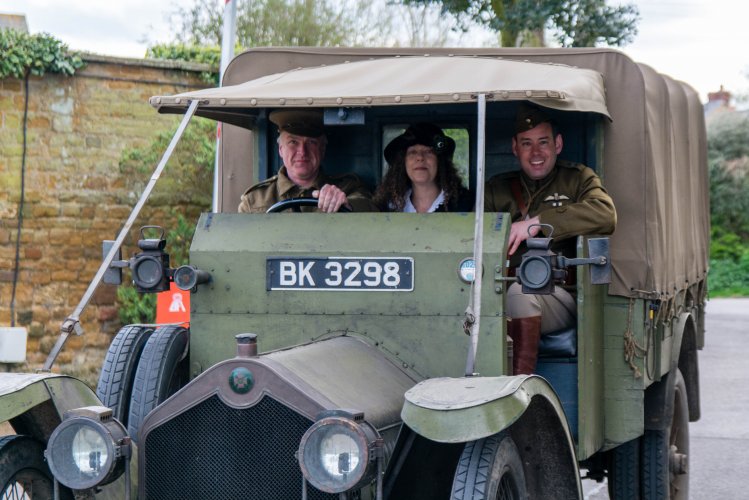 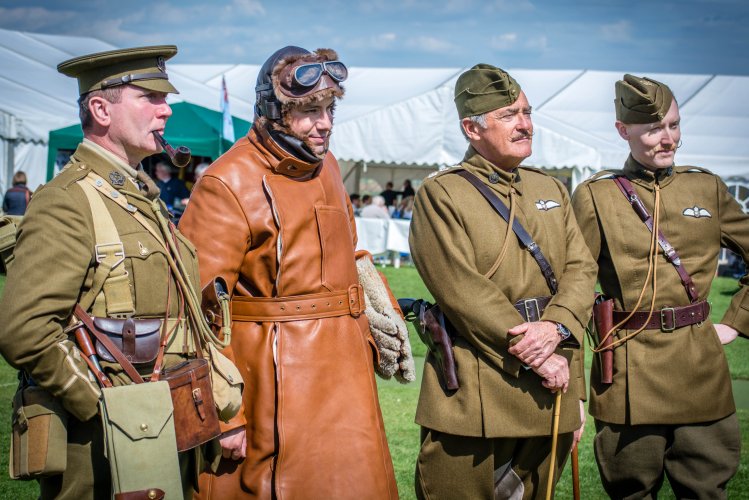 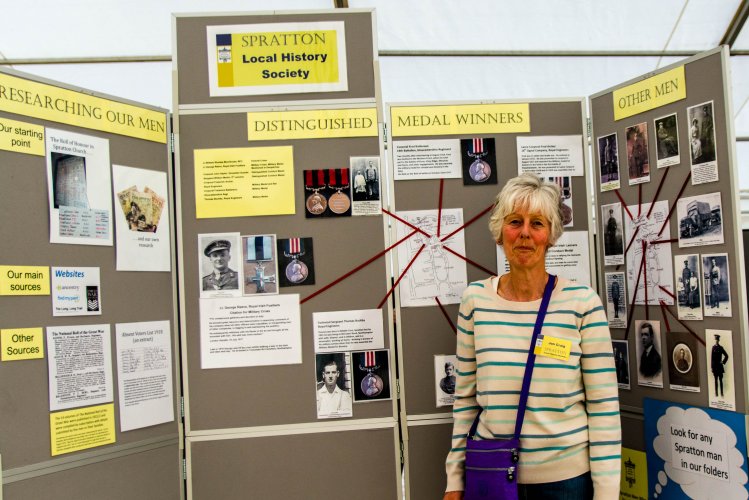 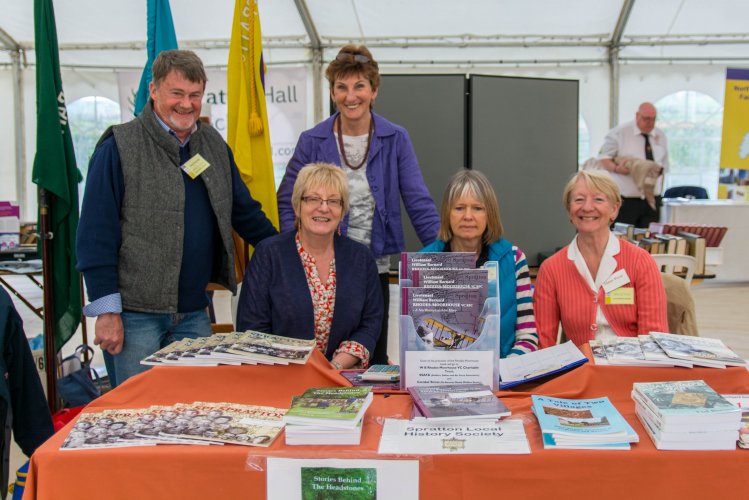 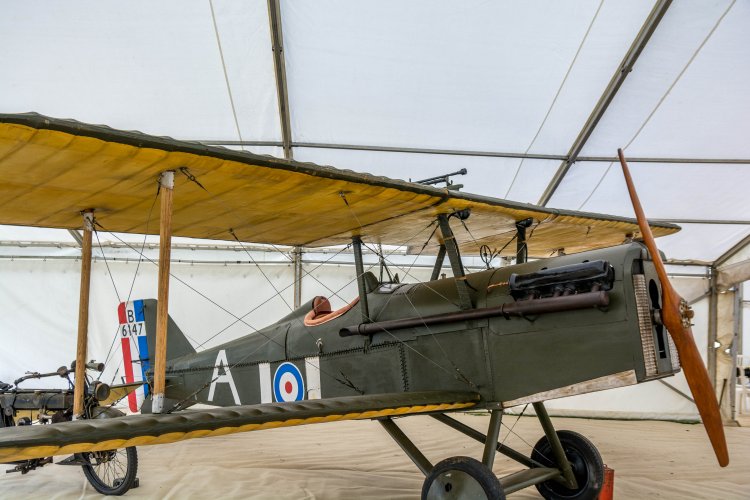 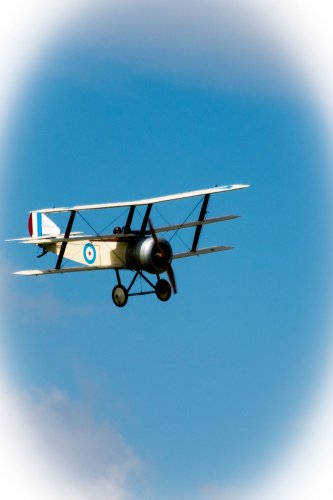