Horace Judd was born in Pytchley, Northamptonshire, on 1 June 1886, the son of Joseph Judd, an agricultural labourer, and his wife Mary Ann. Horace joined the police force and when he married Annie Onan in 1910 he had become a police constable and the newlyweds were living in a four-roomed house in Little Houghton. He also joined the army Reserves and so was called up to fight early in the war. Horace and Annie were not living in Spratton at the time of the census in 1911 but his name is entered on the Roll of Honour in the church which shows all the men from the village who served in the Great War. At some point after 1911 Horace became the police constable for Spratton and he moved to the village with his family.

He was sent to France on 13 February 1915 aged 29, as a bombardier with the Royal Garrison Artillery and rose through the ranks until he reached Regimental Sergeant Major, the most senior of the non-commissioned ranks. He served with the 121st Heavy Brigade of the Royal Garrison Artillery fighting with heavy guns (usually 60 pounders) sending large calibre high explosive shells to destroy the enemy’s artillery. He was awarded the 1915 Star, the British War Medal and the Victory Medal.

Horace returned to Northamptonshire after the war, living in Byfield. He died in the Radcliffe Infirmary Oxford on 26 August 1960 aged 74. 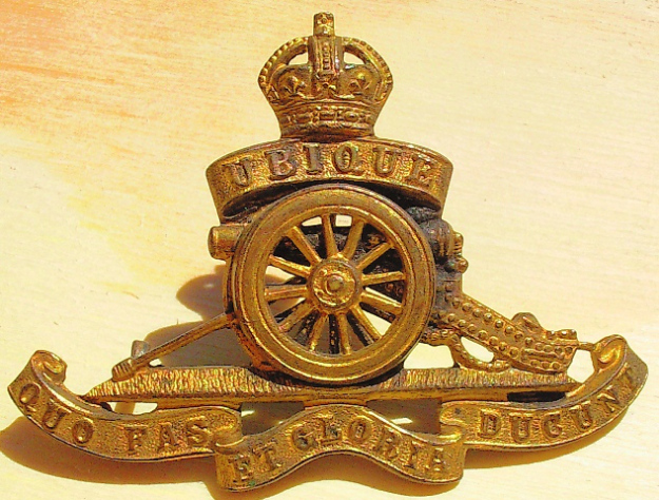