Lacemaking was an important source of income for the poorer classes in the East Midlands counties of Northamptonshire, Bedfordshire and Buckinghamshire.  Although Spratton is on the northerly edge of this area, a significant number of villagers earned their living from this industry.  Indeed, the 1861 census shows that 25% of women who listed their occupations were lacemakers.  The hand-made lace industry was already in decline then, so this is a substantial number.

We have to thank Mrs. Georgina Roberts, wife on the vicar, Canon Roberts, for a detailed account of the lace school in Spratton in the early 19th century.  Mrs. Roberts was concerned about the plight of these workers as their industry declined and gathered from the old lacemakers in the village their recollections of their time at the lace school.  Conditions were unbelievable by modern day standards and the accounts make remarkable reading.

The industry was in such decline that in 1891 Alan Cole of the South Kensington Museum (now the Victoria and Albert Museum) visited Spratton to talk to the old lacemakers and visit the National School.  He noted that at that date no children in the village were learning the craft.  Inevitably the standard of lace produced in the village and elsewhere was not of the highest quality, further contributing to the decline.

Georgina Roberts became part of a group of ladies who formed the Midland Lace Association in order to find a market for the lace made in Spratton and other villages and encourage further production of lace.  However, by this time towards the end of the century, machine made lace was of a good quality and readily available at an affordable price and the craft was doomed.

In the early 20th century, Catherine Channer, daughter of the vicar of Ravensthorpe, set up a lace school in the High Street in Spratton and worked for the Midland Lace Association.  We know little of her time in the village but her attempts to revive the craft of bobbin lacemaking have a lasting legacy.  In 1928 she produced a small booklet entitled Practical Lacemaking which gave instructions for working lace and provided a new generation of lacemakers with the skills to draft their own patterns, thus keeping the craft alive.

A more detailed account of lacemaking in Spratton, including the memories of the old lacemakers, can be found in ‘Spratton, A village History’, (2005) written and compiled by Enid Jarvis and Michael Heaton and published by the Spratton Local History Society. 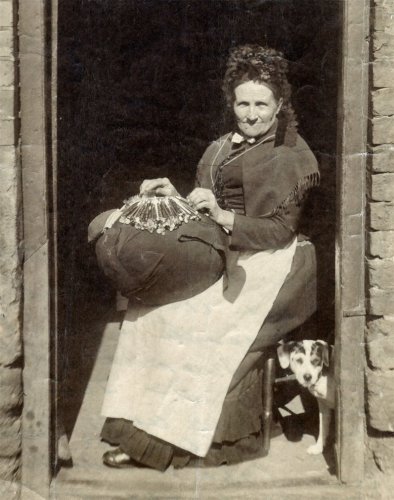 Mrs Ann Martin, a professional lacemaker who died aged 92 in 1918 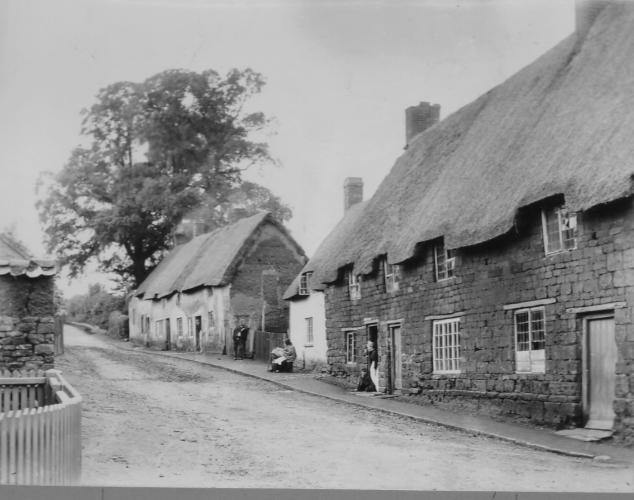 Lacemakers houses in the village 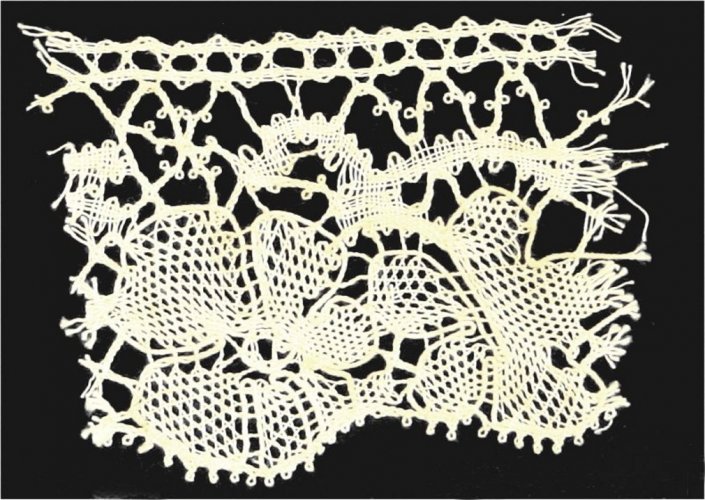 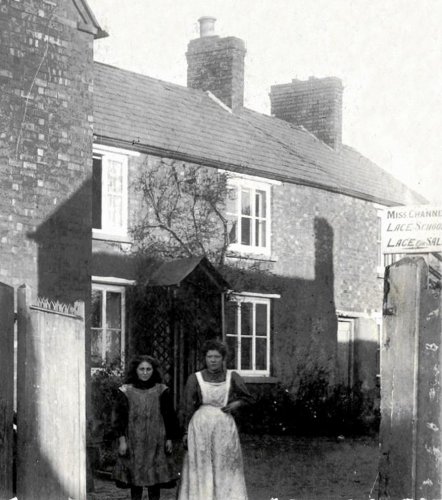 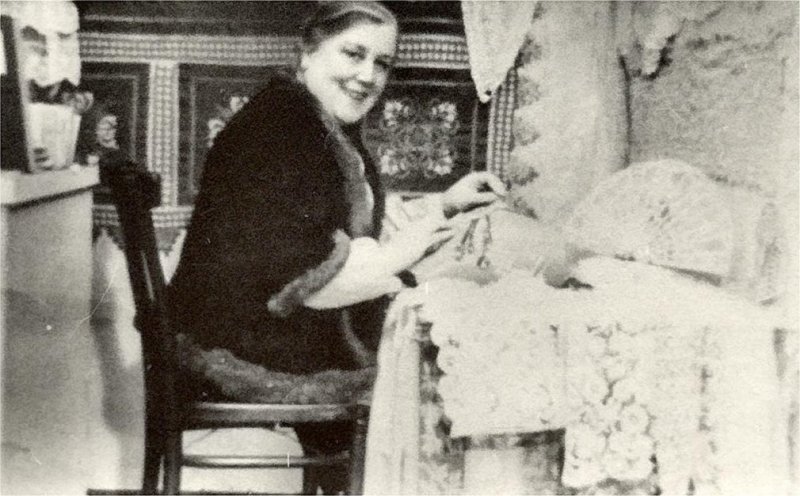 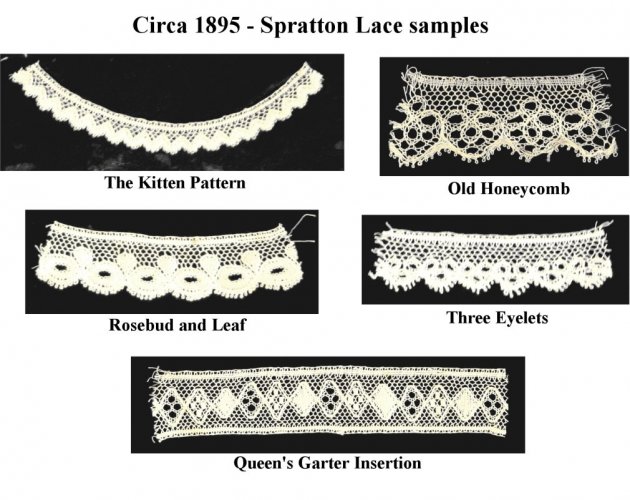 A selection of lace patterns made in Spratton in Buckinghamshire Point 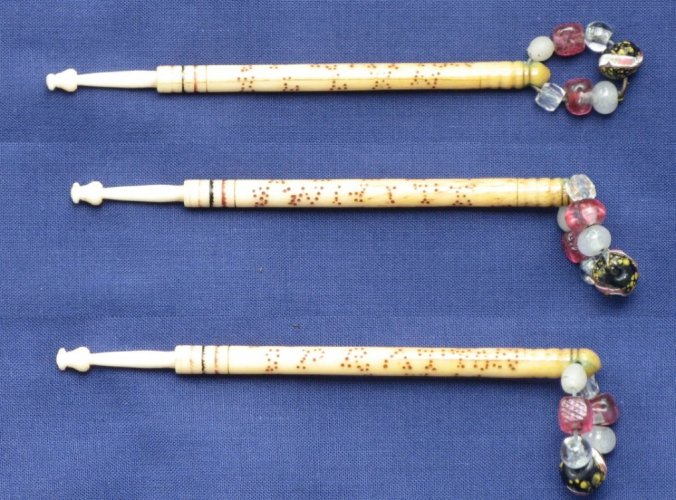 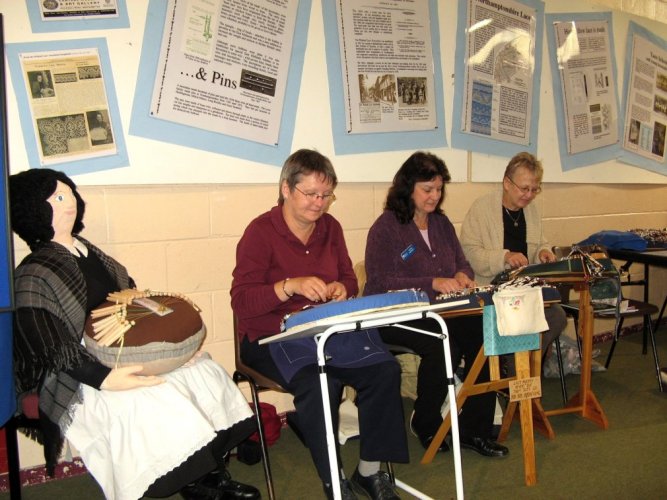 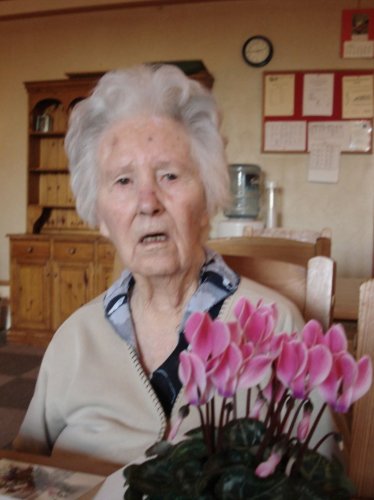 The lacemaker Joan Savage of Spratton in c2000 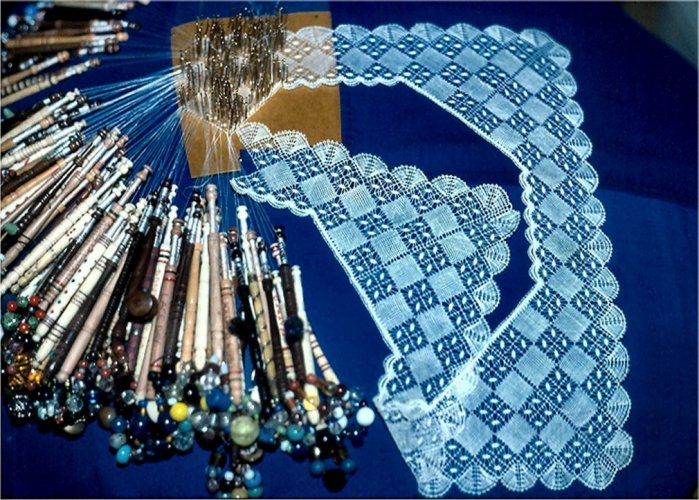 1981 Hankerchief by Joan Savage, a gift to Princess Alice, Duchess of Gloucester, on her 80th birthday