Sir John Swinford of Spratton was the younger brother of Sir Hugh Swynford of Kettlethorpe & Coleby, Lincolnshire (ca. 1340-1371). The latter was the first husband of Katherine de Roet, mother of the Beauforts by John of Gaunt Duke of Lancaster, and subsequently the Duke’s third wife.

Sir John Swinford died on the Feast of St. Stephen (26th December) 1371. His fine memorial is the intricately carved alabaster tomb now in the chancel of St. Andrew’s Church. That he was a follower of John of Gaunt, Duke of Lancaster, as evidenced by an SS decoration on the chain around his neck on the memorial, with whom he is belived to have fought together with the Black Prince in the French wars. The whole tomb was originally brightly coloured with traces of paint still to be seen around the coat of arms. There is a charming lion at his feet.

He married Joan, daughter of Sir Thomas Arden in 1366 and, through her inherited part of the manor of Spratton. Their daughter Elizabeth was married at the age of 13 to William de Addebury and secondly to Roger Chambers. Their descendants continued to hold the manor for many generations. 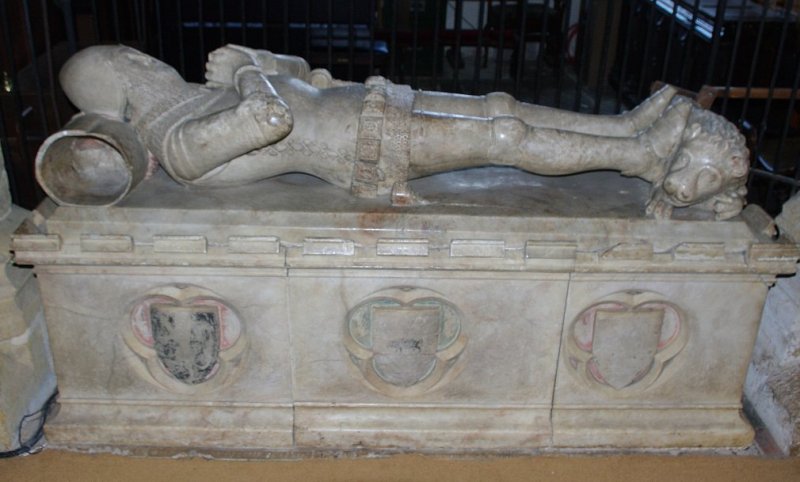 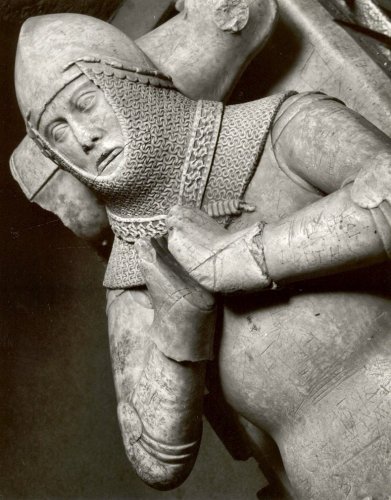 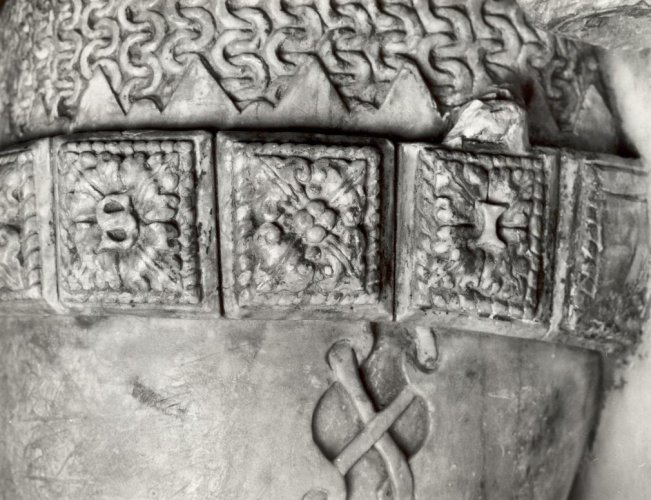 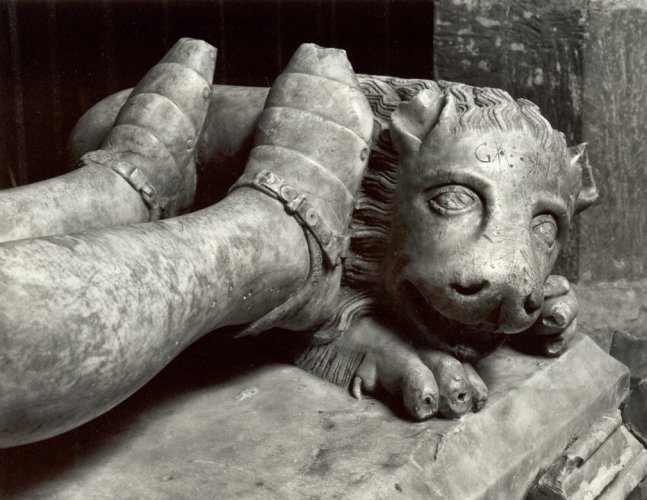 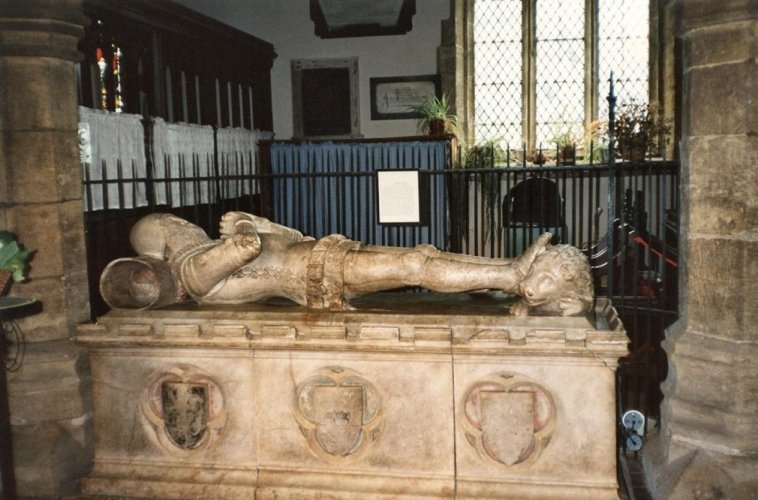 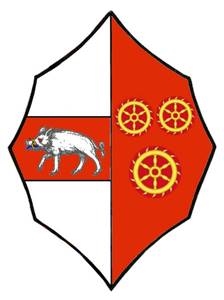 Arms of Katherine Swynford, sister in law to Sir John, on her widdowhood. (The Heraldry Society) 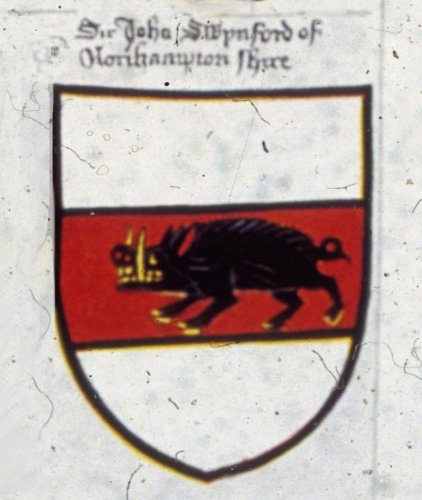 Sir John Swinford's Coat of Arms (from Writhe, courtesy of The Heraldry Society)