OTHER PLACES OF WORSHIP

Following the restoration of the Catholic Church in 1850, a Bishop was appointed to the new Diocese of Northampton but there was no Catholic church local to Spratton.  In 1953 St Patrick’s Church in Duston opened, taking responsibility for villages north of Northampton but still a considerable distance from the village.

Several local people, in particular Mrs Greenwood of Greenwood Stores and Dr Nora O’Leary of Creaton, were keen to establish a base in Spratton and purchased of an old army mess hut.  It was installed on land in Yew Tree Lane.  The chapel was named English Martyrs and, at the request of the  Bishop of Northampton, became the responsibility of the Franciscan order of Greyfriars who had charge of the parish of Duston.

Mass was said every Sunday by one of the Greyfriars and attended by about 50 people from Spratton and the surrounding villages.

In 1991 the decision was taken to concentrate the Greyfriars in major cities and no priests were available so the Bishop of Northampton was forced to close the chapel.  The hut and land were sold to the local scout group and a simple wooden cross above the door is a reminder of its former use.

In 1806 William Lantsbery gave part of the orchard at Kites Hall, the home of the Lantsbery family (and later renamed the Manor House), for the building of a Chapel for the freedom of worship for Protestant dissenters.  The building still stands bordering the High Street in Spratton, but is it no longer a chapel.

In the early 1800s the Lantsberys and some others from Spratton worshiped at Creaton Chapel, whose pastor was the Reverend Joseph Whitehead.  Creaton had a very active group of dissenters who worshiped together at the Chapel, including people from the surrounding villages.  The Lantsbery family were people of considerable substance locally owning farms in Ravensthorpe and Creaton as well as property in Spratton.   William Lantsbery, 1751 - 1821, and his wife Alice, 1761 - 1831, were members of the Creaton Independent Chapel and their first four children were baptised there between 1799 and 1805.  In 1806 enough subscriptions were raised and collected among the congregation and friends of Creaton Chapel by Joseph Whitehead for the Spratton Independent Chapel to be built.

Alice (nee Bunting), William's wife, recorded the opening of the chapel in a bible, probably given to the chapel by her father: "Began to build this meeting in our orchard June 27th 1806 and it was built by subscription and collected by Mr. Whitehead.   My dear Mr William Lantsbery gave the ground and stone to build the East side and boarded the men whilst in building it.   Opened it the day I was 30 years old September 27th 1806".

On 4th October 1806, Joseph Whitehead, William Lantsbery and Thomas Knight recorded the following deed: "We the undersigned being Protestant Dissenters from the Church of England do hereby certify that a certain building, newly erected in a piece of ground belonging to Mr Wm Lantsbery, situate in the Parish of Spratton, and County of Northampton, is intended for a place of Worship, for Protestant Dissenters to meet in, according to the Statute of King William and Queen Mary, commonly called the Toleration Act - Witness our Hands this 4th day of October 1806".

The Creaton Chapel and its daughter chapel at Spratton were independent and would therefore have answered a non-conformist need without a denominational label.

In 1821 William Lantsbery died.  Ownership of the land upon which the chapel was built passed to his son Samuel who later sold it to his brother William, perhaps when he emigrated to America in 1849.  It would seem that at no time was a formal trust set up for this plot but that the land was gifted by William Lantsbery in 1806, and that this was recognized down to the death of his son, William Lantsbery, in January 1884.

It seems that from the 1840s, when the Spratton Baptist Chapel was formed, use of the Spratton Independent Chapel waned with several of the parishioners switching their allegiance.  Between 1886 and 1892 the Salvation Army rented it for 5/- per month, but Creaton reserved the right to hold their monthly service.  Then in 1893 it was decided to sell the chapel.  Ownership of Kites Hall had passed from the Lantsberys to a Mr Gulliver, who bought the chapel for £40.

Postscript:  it was in the 1890s that Kites Hall was occupied by the Reverend Humphrey G Roberts, the curate of Spratton and later its vicar, who changed the name to the Manor House.

The Baptist Chapel on the Brixworth road was licensed as a place of worship in 1843.  £140 was paid for the building to be used in Trust as a Chapel and Meeting House and ten Trustees appointed.

It was to be “a place of public religious worship for the service of God by Protestant Dissenters called the Independent and Particular Baptists”.  Thomas Warner was the first minister.  Another was James Roach who died in 1893 aged 42.  He was buried in the churchyard of the Parish Church opposite the chapel.

The chapel was not licensed for weddings but an exception was made in July 1966 when David Billingham and Jillian Green wished to marry.  The signatures of all the members had to be obtained in order for permission to be granted. 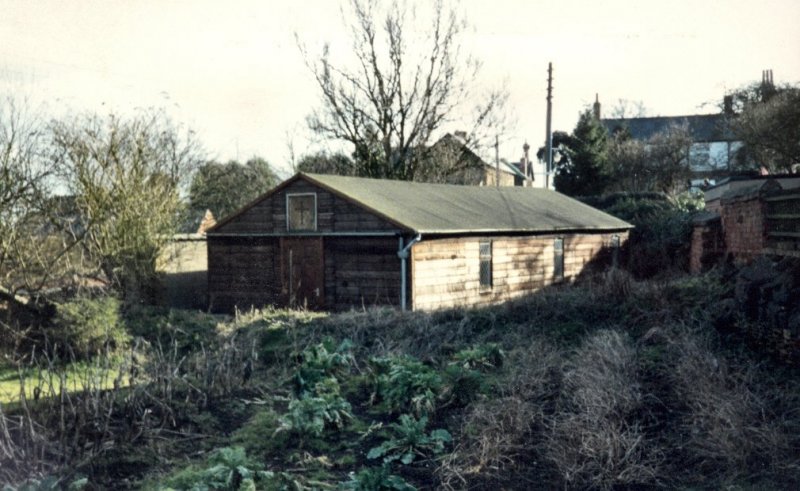 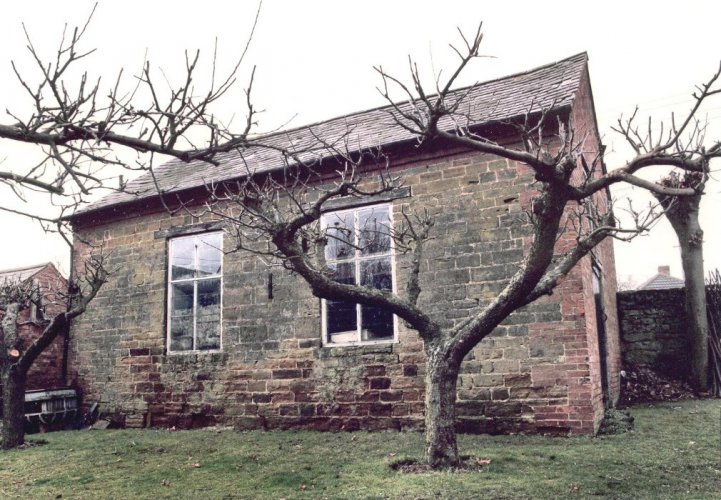 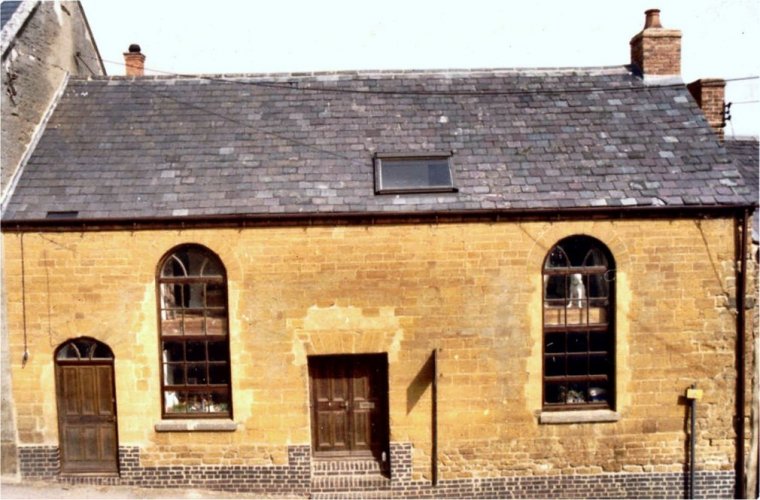