Albert was born in 1881 in Guilsborough, the son of blacksmith William Johnson and his wife Mary. The family consisted of six children, three sons and three daughters. Albert learned his father’s trade and became a blacksmith but finally left Guilsborough and went to the nearby village of Spratton to lodge with his aunt, Emily Green, in Station Road (now Brixworth Road) at the large house known as the Olde White Horse where Emily was the housekeeper. His brother George also went to work in Spratton. Emily’s brother owned The King’s Head nearby and Albert seems to have been a manager and driver for them all. Albert was close to his sister Edith and named her as his next of kin on his military papers. Both Albert and his brother George served in the First World War and came home safely.

Albert signed up for the Royal Engineers in December 1915 under Lord Derby’s Scheme, stating on his papers that he had already served in the Northamptonshire Yeomanry.  He was posted to the Army Reserve and not actually mobilised for another two years (in January 1918) when he was posted to Germany as a Pioneer in the Signals section of the Royal Engineers. He was discharged ion 4 August 1919 and awarded the British War Medal and the Victory Medal. 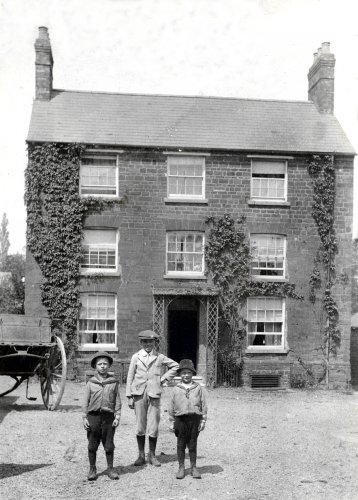