Thomas Albert was born on 26 January 1896 in Spratton, the son of an Irish waggoner, Thomas Cooke and his wife Sarah Ann. To distinguish him from his father, he was known as Albert. The large family of five sons and two daughters lived in a small three-roomed cottage in Bakers Lane, Spratton. Albert and his older brother Harry were both farm labourers and both served in the First World War.

Albert was conscripted into the Northamptonshire Regiment on 1 March 1916 and sent to France with the British Expeditionary Force in October 1916. He fought at Vimy Ridge, Messines, Ypres and Passchendaele before being killed in action with the 2nd Battalion Bedfordshire Regiment at Arras on 20 September 1917 aged 21. He has no known grave and his name is inscribed on the Tyne Cot Memorial, Belgium. He is also remembered on the War Memorial in the churchyard at Spratton. Albert was awarded the British War Medal and the Victory Medal.

(Albert always spells his surname as COOKE and his brother Harry spells it COOK. On the census forms the family always use COOKE) 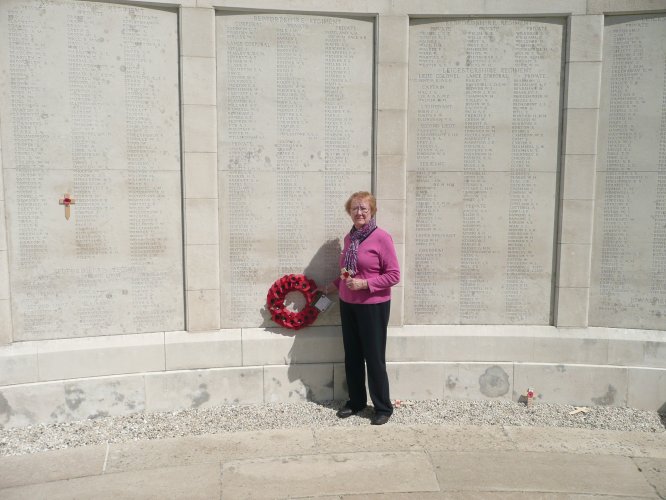 Albert Cook's name is inscribed on the Tyne Cot Memorial, near Ypres in Belgium

Albert Cook's name is inscribed on the Tyne Cot Memorial, near Ypres in Belgium 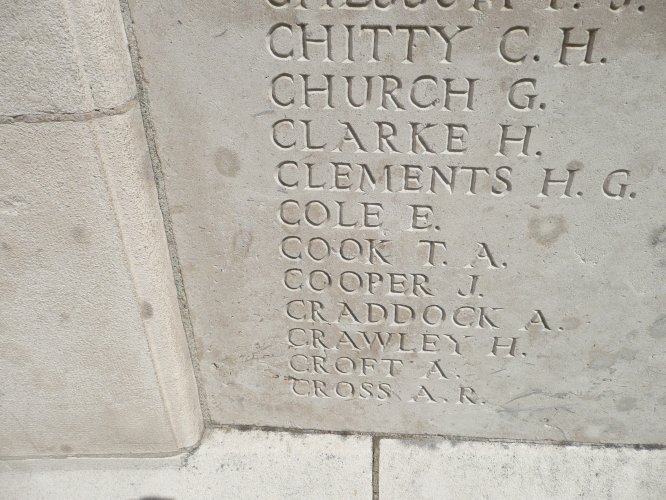