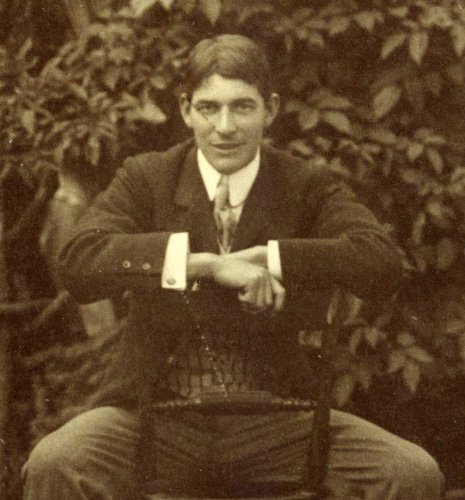 James was born in 1877 (or 1879) in Hartwell, Northamptonshire, the son of George Whatton, a Salcey woodman, and his wife, Harriet, who was a lace-maker. When he left school James worked as a gardener on a large estate in Hartwell. On 23 February 1904 he married Annie Knight and when their children were born James had learned the new skill of driving and was a ‘motorcar driver’. As his family grew he looked for new employment and he became chauffeur to Lord Erskine (5th Baron Erskine) at Spratton Hall. They often accompanied the Erskines when they travelled down to Brighton for the season. The family was accommodated in The Schoolmaster’s House in School Road, Spratton.  This was situated next to the primary school and has since been demolished. (The Schoolmaster had moved to private accommodation in the village).  James and     Annie had three daughters, Mary Annie, Jessica May, and Marjorie and a son William Richard.

James was 37 when war was declared and he volunteered for the Army Service Corps in July 1915. He served as a driver in Salonika (now Thessaloniki) in Greece and received the 1915 Star, the British War Medal and the Victory Medal.

James was a fine athlete in his younger days, but had problems with repeated bone      fractures in later life. He was killed in an accident in Kingsthorpe, near Northampton, as he escorted a relative across the road. He died on 15 December1955 in Northampton General Hospital aged 78. 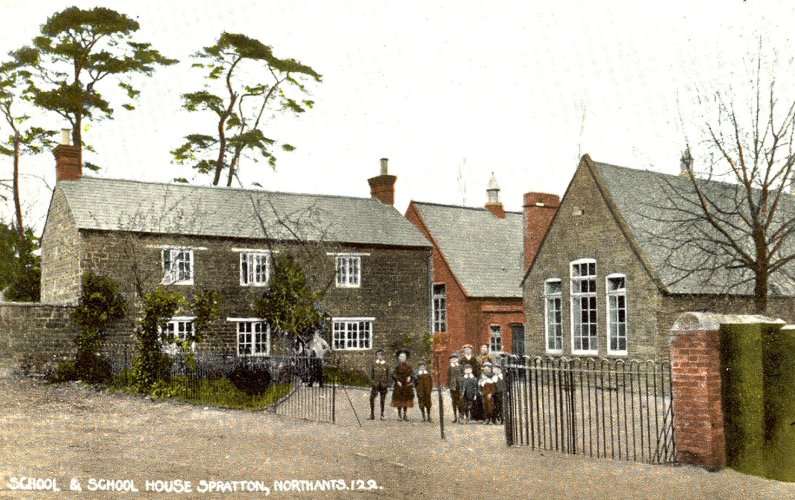 Spratton Primary School (right) with The Schoolmaster’s House (left). William Whatton is standing in the doorway

Spratton Primary School (right) with The Schoolmaster’s House (left). William Whatton is standing in the doorway 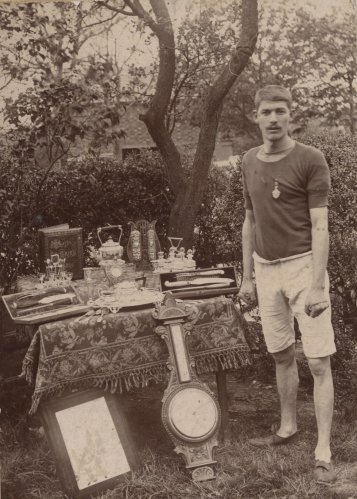 William Whatton with his athletic trophies in the early 1900s

William Whatton with his athletic trophies in the early 1900s