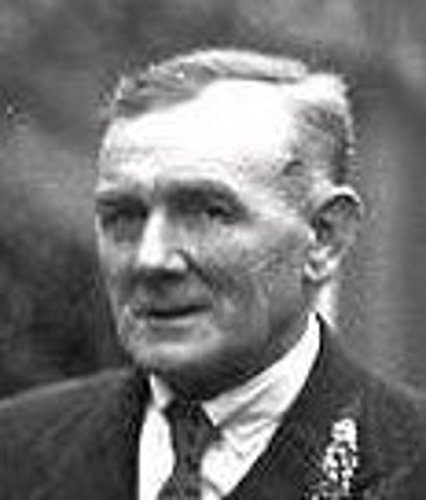 Thomas Billing was born in May 1887 in Spratton, the son of Frederick Billing, a groom and servant (probably at Spratton Hall), and his wife, Mary Ann. Both his parents came from long-established families in Spratton. Thomas married Sarah Elizabeth Buckby of Spratton in 1908. He worked as an under-gardener at Spratton Hall and he and his growing family lived in one of the Hall cottages in Manor Road.

He volunteered in November 1915 under Lord Derby's Scheme and was called up to fight in May the following year aged 29. He served first with the Queen's Royal West Surrey Regiment, but was transferred to the Labour Corps as soon as he was sent to the Western Front in September 1916. He remained in France until September 1919. He saw much fighting, was wounded a number of times and treated in the military hospitals at Merville and Boulogne for shrapnel and gun-shot wounds. In the summer of 1918 he was charged with "negligently discharging his rifle thereby wounding himself in the right foot".

Thomas returned safely to Spratton and received the British War Medal and the Victory Medal.