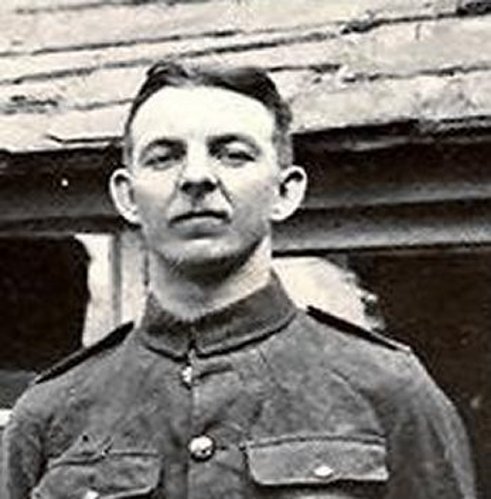 John was born in Spratton in 1890, the son of Joseph Copson, a slipper manufacturer, and his wife Mary Ann. Both parents came from long-established families in the village. The large family with 15 children lived in the Brixworth Road in a six-roomed cottage (now known as April Cottage). When John left school he became a baker's carter and boarded with a family in Nottingham. Five of the Copson brothers served in the First World War - Alfred, Joseph, John, Ebenezer and William Archibald - and all five returned.

John joined the Army Service Corps in April 1915 aged 24 and went to France with the British Expeditionary Force. He was discharged as no long physically fit for war service on 27 April 1916 and given a Silver War Badge to wear at home to show that he had been wounded in the war. He was also awarded the 1915 Star, the British War Medal and the Victory Medal. He married Alice Jones in June 1917 and moved to Leicester.