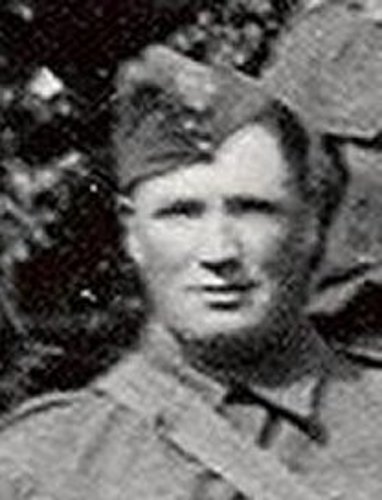 Thomas was born in Scaldwell, Northamptonshire on 23 September 1900, the youngest son of Joseph Leeson, a groom, and Martha, his wife. By 1901 Joseph and Martha had moved to Spratton with their six children. Joseph and his eldest son, Francis, had obtained employment as grooms for Lord Erskine at Spratton Hall and the family were provided with one of the Hall’s small thatched cottages in Manor Road. Three of the Leeson brothers served in the First World War – John (killed in action in 1918), Harry and Thomas.

We know little about Thomas’s army record except that he served in the Home Service with the Army Service Corps.  He is unlikely to have joined up until 1918 when he was 18 so his time as a soldier was brief.

He married Margaret Archer in 1927 and served in the Home Guard in the Second World War. Thomas died on 14 July 1969 aged 69. He is buried in the new cemetery in Spratton and his wife, who died in 1993, is buried with him.