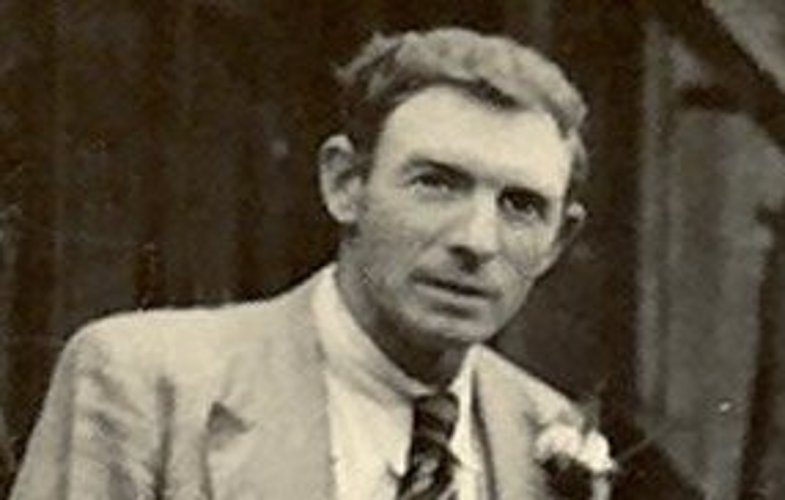 Frank was born in Newlands, Brixworth on 21 November 1896, the son of George Hayter from London, a gardener, and his wife, Priscilla, who came from Huntingdonshire. Frank was one of ten children. All five of the sons served in the First World war: Arthur, Frank, Harold, Jack and Walter, but sadly Walter was killed in action in 1915. The family moved around frequently in order for George to find work and the children were born in a number of different places. Frank spent his early years in Brixworth, but by the age of 14 he had left school and was working for Herbert Holt as a farm labourer at Naseby Grange. He later worked for Charlie Gilby, a Spratton farmer. His working life was spent doing mostly farm labouring. He was an expert hedge cutter and even entered hedge cutting competitions. However at one time he was involved in digging trenches and laying gas pipes, connecting gas to local villages.

Frank joined the Royal Field Artillery in April 1917 aged 20. He was posted to India six months later on garrison duties as a driver in Quetta, Poona and Rawal Pindi. He also looked after horses. Horses were still the main method of pulling artillery around during WW1. He actually had a finger bitten off by a horse! He played football for the army and also had the misfortune to contract malaria which left him with recurring bouts in later years. He was discharged from the army in April 1919 and awarded the British War Medal and the Victory Medal.

On 23 December 1916 he married Mary Eliza (Polly) Cook from Spratton. Frank was 20 and Polly 18 years old. They had two daughters - Priscilla Kathleen Anne (Kath), who married Tom Smith and died in 2002. Her son, Graham Smith still lives in the village. The other daughter was Nelly who had four sons: Leonard (Len), Derek, who lives in Norwich, Edward (Ted), George and Frank.

The couple lived in a cottage in Manor Road (brother Harold lodged with them for several years) and later in a council house in Smith Street. Frank died on 8 March 1978, aged 81 years. He is buried with his wife Polly in the new parish cemetery in Spratton.