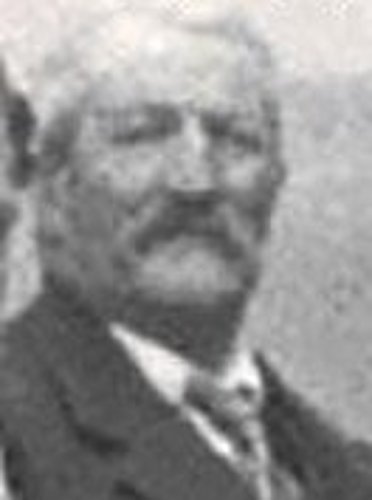 Harry was born in January 1876 in Spratton, the son of Joseph Martin, a farm labourer, timber carter and later a milkman, and his wife, Elizabeth (née Bromwich).  The Martins were a long established family in Spratton who had lived in Manor Road and then Station Road (now Brixworth Road). Five brothers in Joseph and Elizabeth’s family served in the First World War – Harry, Joseph, George, William and Walter.

In January 1910 Harry married Annie Brown of Thrapston and in 1911 they were living in one of the Erskine Cottages in Manor Road, Spratton and Harry was working as an ironstone labourer and waggon filler.

On 31 May 1915 aged 39 he joined the Royal Army Service Corps and was posted to France in October of that year.  He remained in France until August 1917.  He was wounded and when he recovered he was transferred first to the Labour Corps as a driver and then to the Agricultural Corps as he was not medically fit for front-line duties.  Harry was awarded the British War Medal, the Victory Medal and the 1915 Star.

He is pictured at the Silver Jubilee celebrations George V in 1935.  He died in December of that year, aged 59.