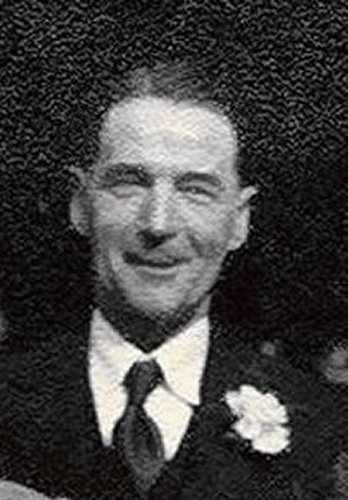 George was born on 25 April 1893, the son of Samuel Blundell, the blacksmith, and his wife Susannah and was one of nine children. His mother came from a long-established family in Spratton. The family lived in Station Road, Spratton, (now Brixworth Road) near to the smithy. George did not follow his father's trade, but became a footman at Spratton Hall for Lord and Lady Erskine.

He was conscripted into the Royal Army Service Corps in January 1916 aged 23 and served overseas as a Private. He returned home safely and was awarded the British War Medal and the Victory Medal. He died on 23 December 1973 aged 80 and is buried in the new parish cemetery in Spratton. 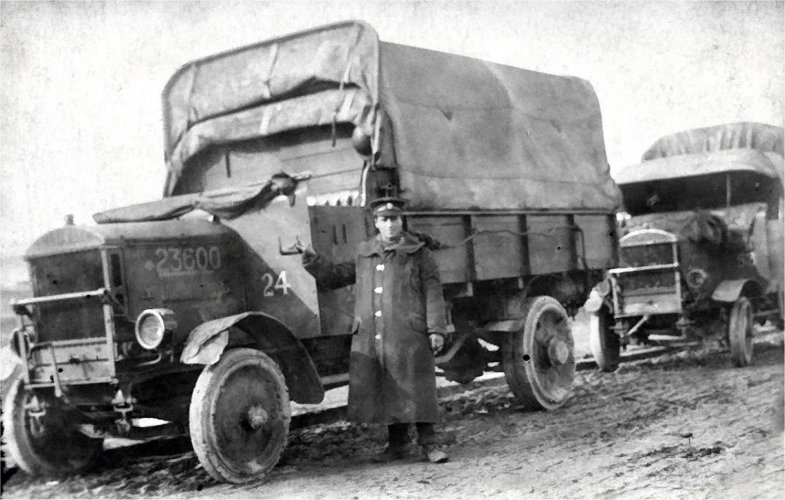 George Blundell in Northern France by his lorry(?)

George Blundell in Northern France by his lorry(?)