James was born in Lambeth, London, on 22 October 1882.  When he was 20 he joined the Royal Navy giving his previous occupation as plasterer. He served on a number of different ships as a stoker from 1902 and lived for a time in the naval barracks at Chatham, Kent.  In 1912 he married a Spratton girl, Hannah Elizabeth Blakesley, the daughter of Edward and Mary Blakesley from First Turn.  The couple were married in the Parish Church, Spratton and lived in the village until about 1922.

James served in the Royal Navy during the First World War mainly on the ships Dominion and Pembroke II and his name is on the Spratton Absent Voters List for 1918.  He left the Royal Navy in 1922 as a Chief Petty Officer and became an inspector for the RSPCC and moved to Canterbury, Kent.  Later James and Elizabeth emigrated to Toronto, Canada, to be with their son and they both died there in 1973. 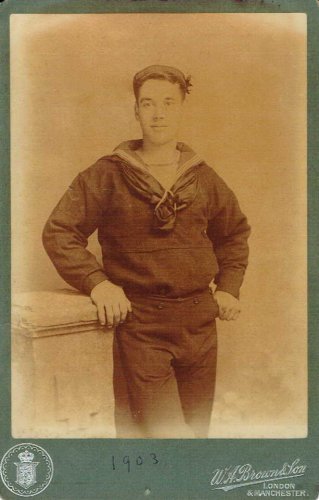 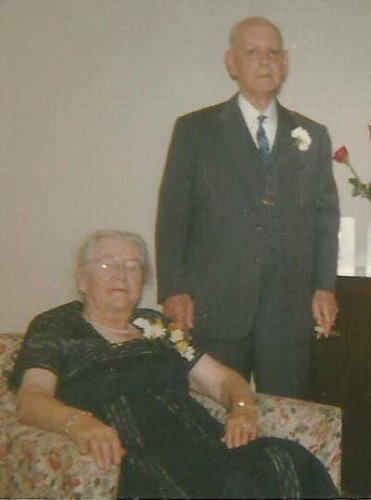