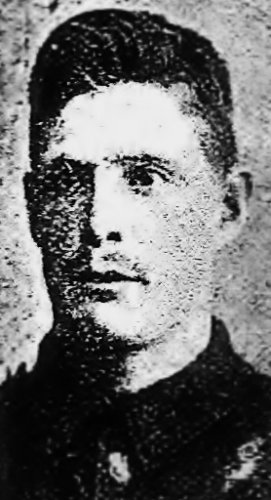 Walter was born in Brixworth in 1895, the eighth of ten children of George Hayter from London, a gardener, and his wife, Priscilla, who came from Huntingdonshire. All five of the sons served in the First World War: Arthur, Frank, Harold, Jack and Walter, but sadly Walter was killed in action in 1915. The family moved around frequently in order for George to find work and the children were born in a number of different places. By the time Walter was 16 the family lived in Haynes Lane, Spratton in a four-roomed cottage that has since been demolished and he was working as a general labourer.

When war was declared in 1914 Walter was employed by Messrs Green, contractors of Northampton, working at Cottesbrooke Hall (where his father was employed as a gardener) but he enlisted in the 1st Battalion, Northamptonshire Regiment in the October. He was sent to France with the British Expeditionary Force in November 1914 and was killed in action on 3 July 1915. He was 21 years old. His obituary appeared a few days later in The Northampton Independent. He is buried at the Quarry Cemetery, Vermelles, Nord-Pas-de-Calais, northern France and is remembered on the War Memorial in Spratton churchyard.

Walter's mother, Priscilla, never recovered from the death of her son. She died the following year and a memorial to Walter is on her tombstone, which is in the old cemetery in Brixworth Road, Spratton. It reads: Also Walter Hayter, son of the above, who was killed in action in France July 3 1915 aged 21 years. "Greater love hath no man than this that he lay down his life for his friends." "Onward Christian Soldiers"

His medals, awarded posthumously, include the1914 Star and Clasp, the British War Medal and the Victory Medal. Of five brothers who went to war he was the only one who did not return. 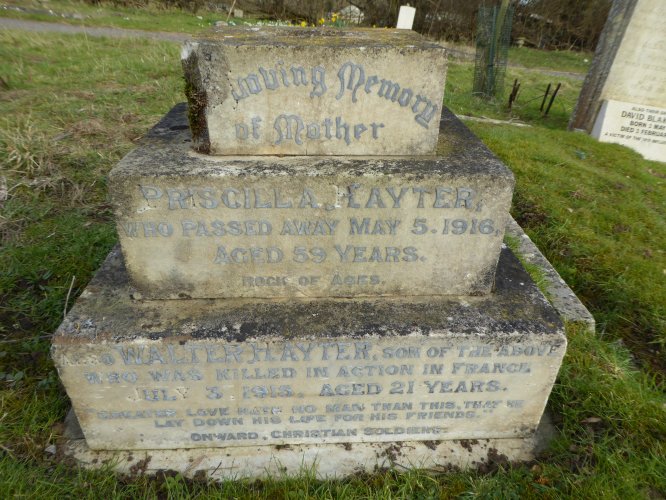 Memorial to Walter Hayter on his mother's tombstone in the old parish cemetery, Spratton

Memorial to Walter Hayter on his mother's tombstone in the old parish cemetery, Spratton 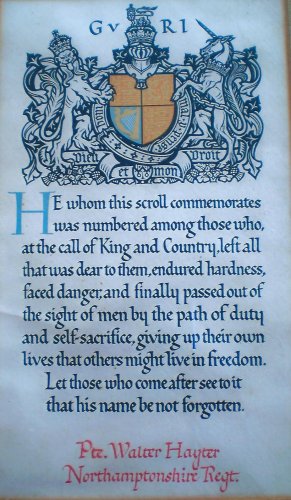