William was born in February 1884 to Harriet Middleton, a single mother living in the Towcester Union (workhouse). Harriet married John Wykes, an agricultural labourer from Spratton, the following year and they went on to have six more children. The family lived in Manor Road, Spratton, and The Banks, Ravensthorpe.  William took his step-father’s name and was known as William Wykes in the village, but his military records are under his birth name Middleton.  When he left school he became a domestic under-gardener, possibly in one of the big houses in Spratton, but later he worked as an ironstone labourer. Three of the family served in the First World War and fought in France: William, Walter and John Francis.

William enlisted on 14 June 1915 with the Northamptonshire Regiment, but was transferred to the Leicestershire Regiment in October 1916 and posted to France in December 1916.  He arrived back home on a “sick convoy” in December 1917, and as he was not fit for front-line duties he was transferred to the Labour Corps (Agricultural Company) and worked as an agricultural labourer in this country.  He was finally demobilised on 28 February 1919 and granted a pension of 11/- with a listed disability “Rheumation, attributable to his army service”.  He was awarded the British War Medal and the Victory Medal.

He married Edith Lane in Brixworth Registry Office on 17 August 1918. The couple already had a child, Ernest George Lane, born on 9 December 1917. The family lived in Bakers Lane, Spratton. 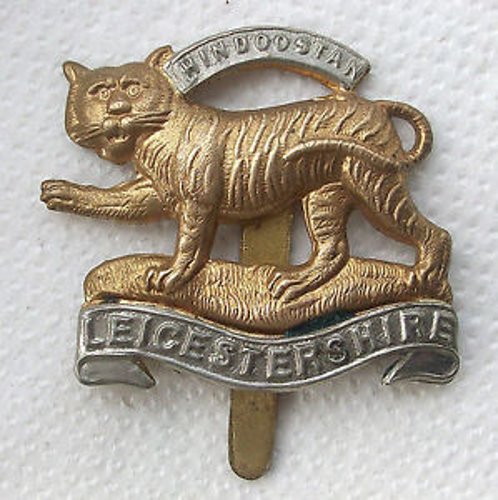