Frank was born on 20 December 1893 in Spratton, the son of Alfred Edward Page, an agricultural labourer, and his wife, Sarah Elizabeth (née White).  His mother came from a long-established family in Spratton. He was brother to Alfred, Samuel, Bertha, Jennie, Arthur and Daisy and they lived in the High Street.  Three of the brothers served in the First World War – Samuel, Frank and Arthur Walter who died of his wounds.

By the time he was 17 Frank had moved away from home and was living at Yelden, Sharnbrook, Bedfordshire with Thomas and Elizabeth Taylor and was working as a baker’s assistant. He had joined the Northamptonshire Regiment as a Reserve on 15 October 1910 and, following the outbreak of war in 1914, served with the regiment in France.  He was wounded and whilst home on sick leave he married Nellie Anderson of 84 Semilong Road, Northampton.  He returned to France in April 1918 but was wounded again.  He was repatriated and in September 1918 was in hospital in Glasgow. We cannot find details of his medals, but he should have been awarded the 1914 Star, the British War Medal and the Victory Medal. Frank died on 27 September 1962 aged 69. 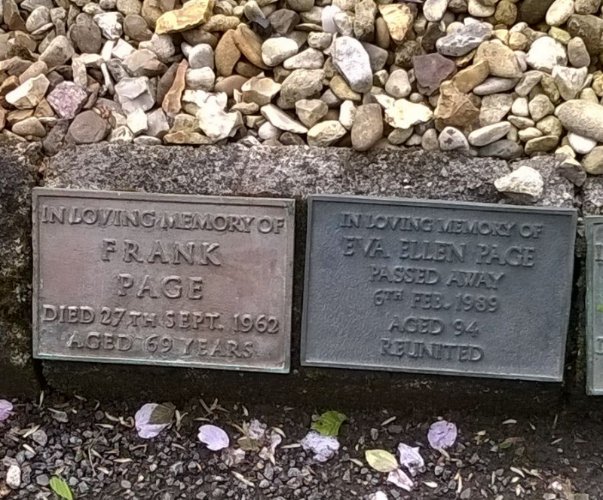