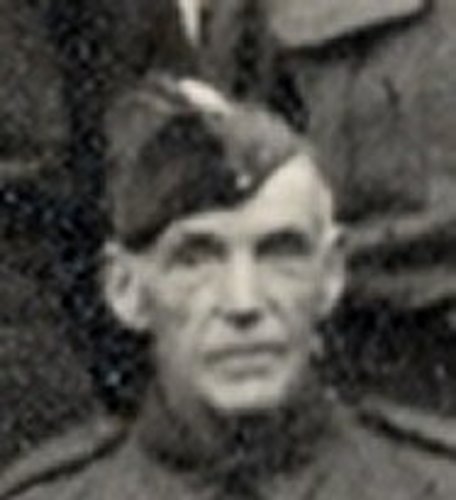 Robert Balderson was born on 30 July 1887 in Spratton, the son of Robert and Elizabeth Balderson who lived in Station Road (now Brixworth Road). Like his father, Robert worked as an ironstone labourer before he joined the Northamptonshire Regiment in 1917 aged 29. He also served in the Suffolk Regiment. While serving with the 2nd Battalion Suffolk Regiment he was wounded and taken prisoner of war at Wancourt on 28 March 1918. He was imprisoned at Limburg and Parchin Prisoner of War camps for nine months. He was repatriated in November 1918 and returned home to Spratton with three other prisoners of war in January 1919. The Rev'd George Raw, Vicar of Spratton, wrote about the return of the Prisoners of War in his Parish Newsletter: "It is a great joy to welcome them back from captivity and suffering. We trust they will speedily regain their strength and be none the worse for the hardships they have endured."

Robert received the British War Medal and the Victory Medal. He married Gladys Blundell in the summer of 1917, served in the Home Guard in the Second World War and died 8 June 1943.