William was born on 26 June 1898 in Spratton, the son of William Goodwin, a carpenter from London, and his wife Charlotte from Silverstone. By this time his parents had been married for 17 years and he had a sister Mabel who was about 11 years older than he was. He also had a younger brother Cyril, too young to fight in the war. The family lived in a small cottage in Middle Turn, Spratton (now the Brixworth Road).

William was only 16 when war was declared, but he joined up as soon as he could, and managed to enlist with the Dorsetshire Regiment in November 1915 when he was only 17. He went overseas with the British Expeditionary Force and was wounded fighting with the Somerset Light Infantry. He was discharged in January 1919 and was issued with a Silver War Badge to wear at home to show that he had been wounded in the war.

William was awarded the British War Medal and the Victory medal and died in Wellingborough in March 1982 aged 84.

One of the small thatched cottages in Middle Turn, Spratton, which stood where the Millennium Garden is now. The Goodwin family lived here in 1911

One of the small thatched cottages in Middle Turn, Spratton, which stood where the Millennium Garden is now. The Goodwin family lived here in 1911 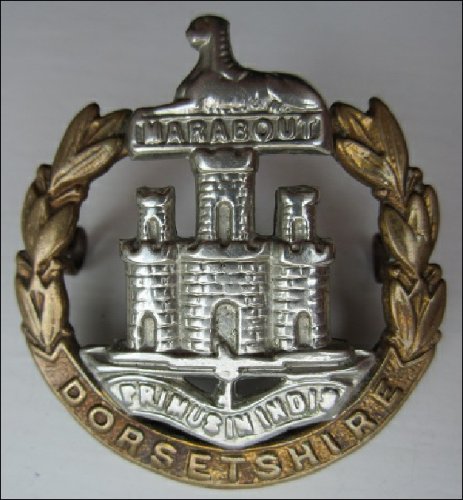