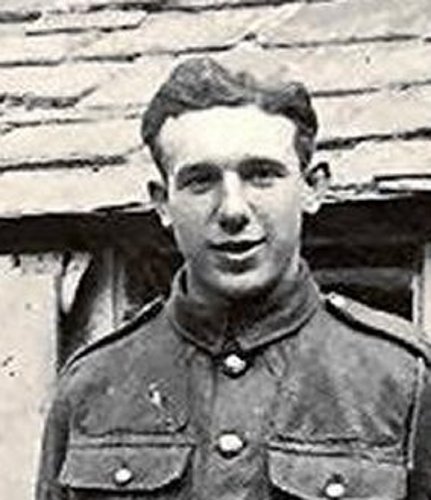 Ebenezer was born in Spratton on 6 Februaary 1894, the son of Joseph Copson, a slipper manufacturer, and his wife Mary Ann. Both parents came from long-established families in the village. The large family with 15 children lived in the Brixworth Road in a six-roomed cottage (now known as April Cottage). When Ebenezer left school he became an apprentice carpenter and joiner and boarded with a family in Brixworth. Five of the Copson brothers served in the First World War - Alfred, Joseph, John, Ebenezer and William Archibald - and all five returned.

Ebenezer enlisted in the Royal Engineers in February 1915 when he was 20 and was sent to Egypt in July 1915. He also served at Gallipoli where he was severely wounded. He was discharged from the army in June 1918 and awarded a Silver War Badge to wear at home to show that he had been wounded in the war. He was awarded the 1915 Star, the British War Medal and the Victory Medal.

He recovered from his war wounds and played in the village football team in 1920-21 and later became Chairman of the Parish Council. He married Daisy Wykes in September 1923 and served in the Spratton Home Guard in the Second World War. He died in June 1969 aged 75 years. His wife died the following year.