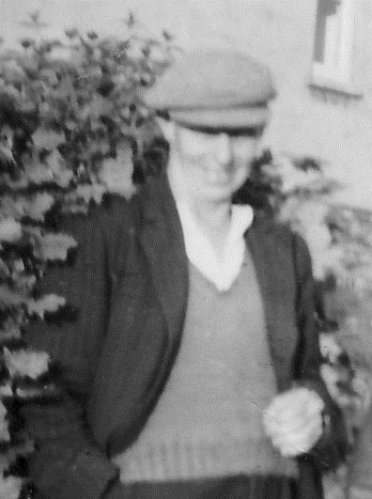 Harold (nicknamed "Adge") was born in Brixworth 1901, the son of George Hayter from London, a gardener, and his wife, Priscilla, who came from Huntingdonshire. Harold was the youngest of ten children. All five of the sons served in the First World War: Arthur, Frank, Harold, Jack and Walter, but sadly Walter was killed in action in 1915. The family moved around frequently in order for George to find work and the children were born in a number of different places. By the time he was nine years old Harold's parents had moved to a four-roomed cottage in Haynes Lane, Spratton (no longer standing). Walter aged 16 and Harold were the only children still living at home.

When war was declared Harold was only 14 years old. When the war ended he was only 18. Nevertheless, according to his son his father spent some time in India and was later sent to France where he was in an area of the trenches that was hit hardest. Harold lost all his hair at a very young age and was completely bald. It must have been very stressful for so young a man to endure the horrors of warfare. We have been unable to find Harold's war records, but we know that he was awarded the British War Medal and the Victory Medal.

Harold was very close to his brother Frank and after the war he lived with his brother's family in Manor Road until he married Betsy Cattell, a nurse, in 1939. Harold worked as a general labourer and a farm labourer and was involved with the building of Ravensthorpe Reservoir. Sandhills council houses were built in 1952 which is where Adge and Betsy lived for the rest of their lives. Betsy was well known for brewing homemade wine! She died in September 1967 and Adge followed three years later on 26 June 1970 aged 69 years. They are in separate graves in the new parish cemetery in Spratton.