Baden was born in December 1900 in Spratton, the son of Albert T Gammage, a shoemaker, and his wife Elizabeth. The Gammages were a long-standing family in Spratton. Both his parents died young within two years of one another and Baden was sent to an orphanage, St Aldhelms, in Frome, Somerset before he was 11.

Baden joined the army as a boy entrant and served in the Duke of Edinburgh's Wiltshire Regiment based at the B Company Depot. Sadly he died here on 27 March 1917 not having reached his 17th birthday, presumably of an illness or an accident. He is buried at the Tidworth Military Cemetery, Wiltshire. His brother Albert is recorded as his next-of-kin. 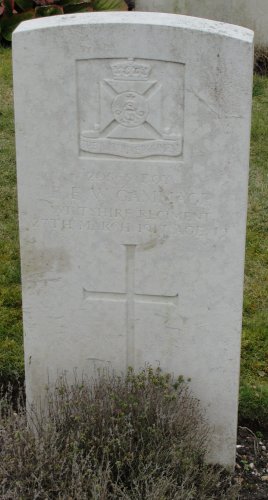