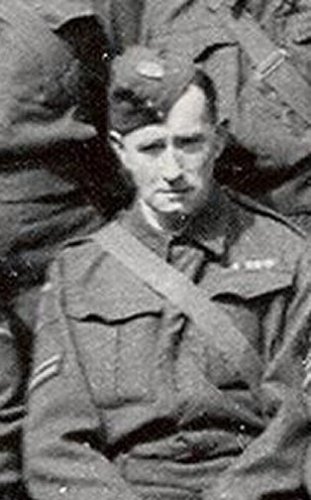 Percy was born in October 1897 in Brixworth where his father was manager of the Co-operative Store but the family then moved to Spratton, to a house on the corner of School Road and Station Road (now Brixworth Road). His parents, John and Isabella Richardson, ran the Family Grocer’s Store there, selling not only groceries but also hardware and stationery.

In October 1916, aged 19, Percy joined the Border Regiment and served on the Western Front from January 1917.  He was in the Ypres, Arras and Somme sectors and part of both the Retreat and the 1918 Advance.  He was wounded twice and eventually invalided home. In December 1918 Percy was discharged as medically unfit for further service and he returned to the shop in Spratton.  He was awarded the British War Medal and the Victory Medal.

In 1922 Percy married Constance Chandler and, in time, took over the family grocery business. He was a Corporal in the Home Guard during the Second World War and continued to live in Spratton until his death in 1966 aged 68. 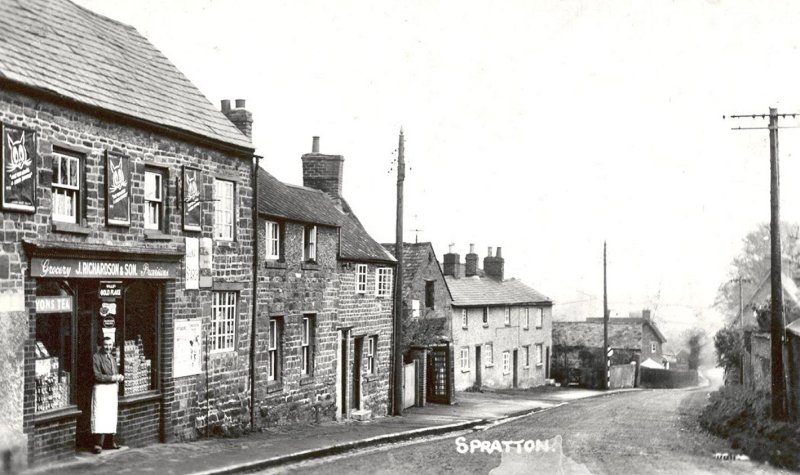 The grocery store in Station Road, Spratton, owned by John Richardson. The sign above the store reads ‘J Richardson & Son’

The grocery store in Station Road, Spratton, owned by John Richardson. The sign above the store reads ‘J Richardson & Son’