John William was born in Spratton in 1885, the son of Peter Horne, a cattle drover, and his wife, Sarah Ann from Kislingbury.  To distinguish him from his cousin John, whose family lived next door, he was known by his middle name William. William worked as a farm labourer until his father died in 1907 when he took over his father’s cattle drover work. His brother and sister moved away, but William remained in Spratton living with his widowed mother in Station Road (now Brixworth Road).

William did not volunteer immediately war was declared but signed up in December 1915 aged 30 under Lord Derby’s Scheme.  He had recently married Sarah Elizabeth Laxton in Northampton Registry Office (October 1915) and was living in a small cottage in Station Road, Spratton (now Brixworth Road).  He was called up the following March into the Royal Fusiliers and then transferred quickly into the Duke of Cornwall’s Light Infantry.  He arrived at Havre in France with the British Expeditionary Force on 8 May 1916.   He seems to have been ill with fever and kidney problems for some considerable time and did not rejoin the regiment until February 1917 by which time his low medical category rendered him unfit for front line duty and he was transferred to the Labour Corps.  He came home at the end of the war and was discharged on 5 February 1919.

John William was awarded the British War Medal and the Victory Medal.  He died in June 1929 in Spratton aged 45. 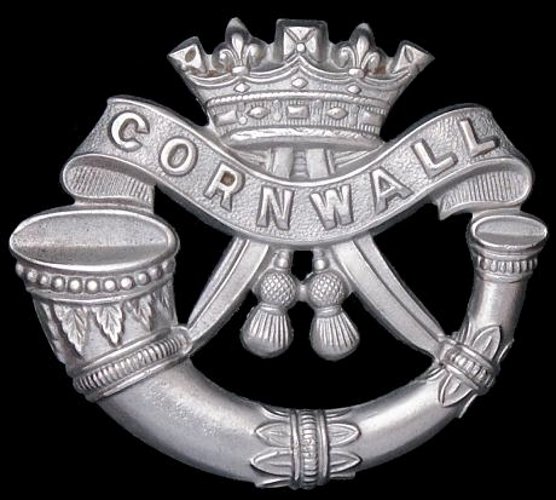