Benjamin, born on 5 August 1886 in Spratton, was the son of Thomas James Green, a shoemaker from Harlestone, and his wife, Hannah, from a long-established family in Spratton. When he left school Benjamin followed his father's trade and became a shoemaker but when he married Isabel Keeber from Brixworth in 1908 he had become a farm labourer. The couple had two daughters and they lived in a small thatched cottage in First Turn (now Holdenby Road). His mother, Mrs Hannah Green, a widow, lived next door. These cottages were demolished in the 1950s.

Benjamin joined the Queen's Royal West Surrey Regiment, probably early in 1916. He fought in France and was in action at the Battle of the Somme. He was killed on 18 November 1916, but it was some time before his death was confirmed because he was reported as missing in the Northampton Mercury on 19 January 1917. He is buried in the Connaught Cemetery, Thiepval, France, and is remembered on the War Memorial in Spratton churchyard. He was awarded the British War Medal and the Victory Medal.

His widow, Isabel, later married Alwyn Wykes who had also served in the First World War.

Thatched cottages in Holdenby Road, Spratton, where Benjamin Green and his family lived

Thatched cottages in Holdenby Road, Spratton, where Benjamin Green and his family lived 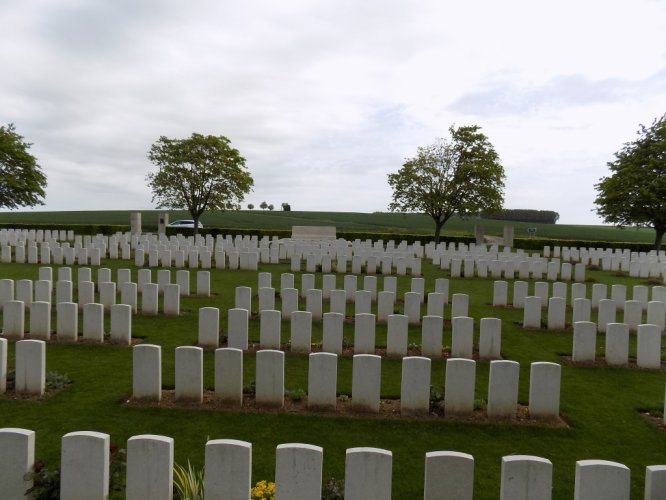