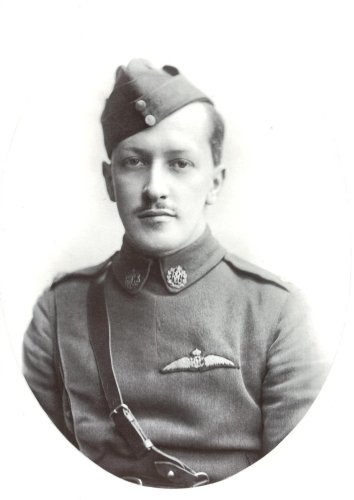 William Moorhouse was born in London in September 1887, the son of Edward and Mary Ann Moorhouse.  His mother was of Maori descent. There were four children – William and his sisters Anne and Mary and their brother Edward. The family moved to Northamptonshire in 1887, living first at Lamport Hall and moving to Spratton Grange in 1899. William was a pioneer in flying both in Northamptonshire and nationally and was regularly seen in the skies of the county in his Bleriot XI type monoplane. In 1912 he added Rhodes to his surname to comply with the terms of his grandfather’s will.

He volunteered immediately war was declared and joined the Royal Flying Corps in August 1914.  He was first sent to Farnborough Naval Air Station workshops and was in charge of inspecting engines for the RFC aeroplanes. In March 1915 he joined No 2 Squadron at    Merville in northern France and began work as a reconnaissance pilot flying BE2 bi-planes.

On 26 April 1915 he was sent on a dangerous mission that was to earn him the Victoria Cross. The citation reads:

“….for most conspicuous bravery in flying to Courtrai and dropping bombs on the railway line near that station.  On starting the return journey he was mortally wounded, but succeeded in flying for 35 miles to his destination, at very low altitude, and reported the successful accomplishment of his object.  He has since died of his wounds.  This officer was flying a BE2b.”

William Rhodes-Moorhouse was posthumously awarded the Victoria Cross and promoted to Lieutenant (backdated to 24th April 1915). He was also awarded the 1914-15 Star, the British War Medal and the Victory Medal.  His body was returned to England and buried in Parnham in Dorset. He is remembered in Spratton with a commemorative stone in the centre of the village and on the Spratton War Memorial. He is also remembered on the War Memorials at Lamport, Northamptonshire, and Beaminster, Dorset. Beaminster also has a commemorative stone. His name is at the head of a list of air VCs in the RAF church of St Clement Dane in London. His medals, including the Victoria Cross, are on display in the Imperial War Museum, London. 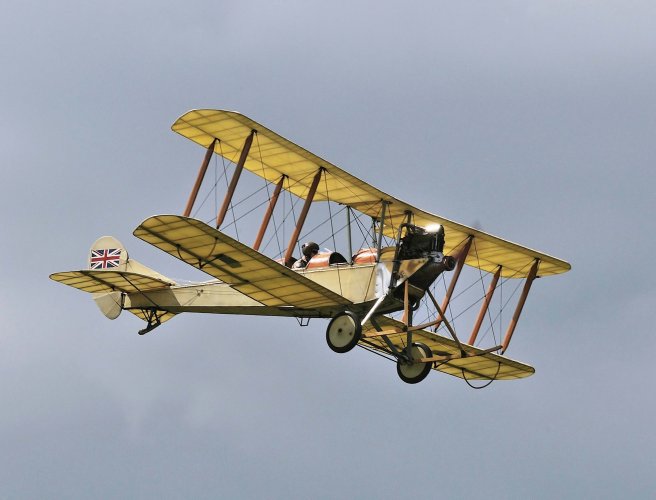 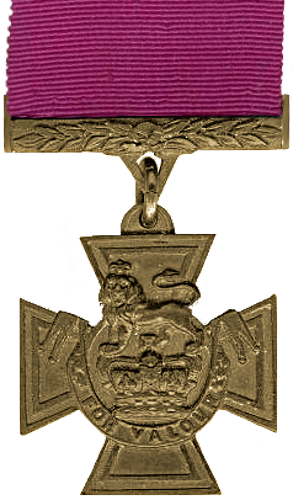 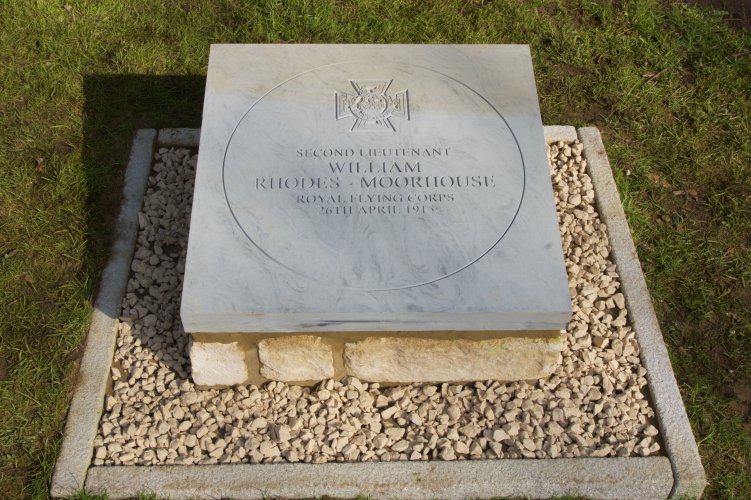