Robinson Elsdale was born in Exeter on 29 May 1892, the son of Henry and Kate Elsdale (née Moorhouse). His mother, Kate, was born in New Zealand and was the cousin of Lieutenant Rhodes-Moorhouse VC RFC (born September 1887).* Henry and Kate were married in February 1887 in Lamport Church and the wedding was attended by Mr and Mrs Edward Moorhouse who were living at Lamport Hall at the time, but who later moved to Spratton Grange. However, Henry Elsdale died young and by the time Robinson was nine years old, his mother was a widow and living "on her own means" renting Holly House in Church Road, Spratton.

Robinson made the army his career and when he was 19 he was an "Army Student" and part of the Regular Army. He became a Lieutenant in the Royal Engineers and was sent to France with the British Expeditionary Force in November 1914 where he was wounded. He also served on the staff of the British Forces in Italy. He was awarded the 1914 Star, the British War Medal and the Victory Medal.

Having been promoted to Captain, he retired from the Royal Engineers on 17 February 1925. It seems that he then joined the Royal Corps of Signals and worked in the USA with the rank of Colonel from 1942 to 1947. In 1947 he received an American award, the Legion of Merit, Degree of Officer, for his work in the USA. This award was gazetted in January 1947 as "distinguished services in the cause of the Allies".

Robinson died in 1975, aged 83, in the Forest of Dean, Gloucestershire. 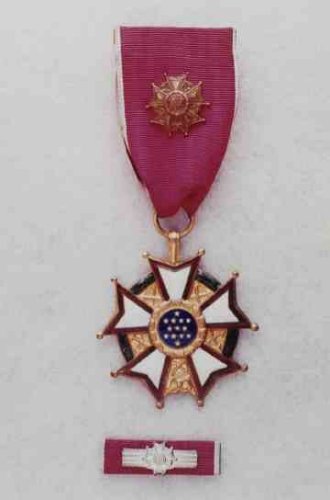