It seems likely that John was born near Chichester, Sussex in March 1892, the son of Thomas Voke, a railway plate layer and his wife, Lavinia.  If this is correct, in 1911 he was working as a footman in a very large house in East Grinstead, Surrey.  He then moved to work in one of the big houses in Spratton.

John volunteered in November 1914 aged 22 and joined the 12th Battalion, Rifle Brigade.  Shortly after volunteering he was posted to France with the British Expeditionary Force, where he saw fighting in various sectors.  He took part in the Battles of Ypres, Amiens and Bapaume, and many other engagements and also served for a time as an officer’s batman. He was awarded the 1914-15 Star for taking part in the First battle of Ypres and he also received the British War Medal and the Victory Medal.  He was demobilised in January 1919.

He married Phyllis Dorothy Balderson in September 1917 and lived with her and her father in School Road, Spratton. The Baldersons came from a long-established family in the village.  John died in Chichester in June 1975 aged 83. 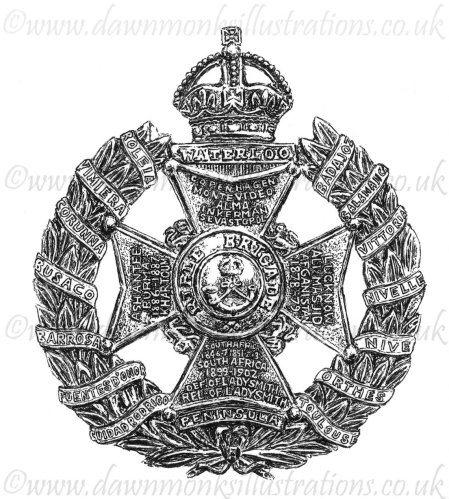