Sydney was born in High Wycombe in October 1895, the son of Sydney and Lottie Hobley who ran the grocer’s shop on the corner of High Street and Middle Turn, Spratton. The family had moved a number of times and came to Spratton from Daventry. When Sydney’s father died, his mother decided to keep the grocer’s shop in Spratton to support her large family and Sydney helped out from a young age by being her errand boy. The family remained at the Stores in Spratton for a few years more, but by the time he was 20 Sydney had moved to Northampton and was a grocer’s assistant.

He signed his papers to join the Royal Army Service Corps in October 1915 and was sent a few weeks later to Southampton, embarking on The Empress Queen for Havre in France on 20 November 1915.  He was discharged from the army on 30 May 1919 and was awarded the 1915 Star, the British War Medal and the Victory Medal.

Sydney married May Parsonson in September 1921 and died in Northampton in December 1962 aged 67. 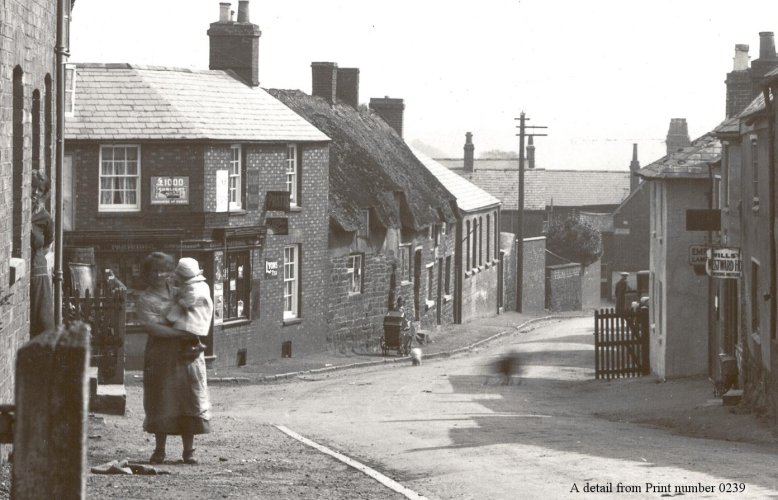 Middle Turn, Spratton, showing the grocer’s shop on the corner of High Street

Middle Turn, Spratton, showing the grocer’s shop on the corner of High Street