Fred was born in Spratton on 2 October 1892, the son of Frederick Thomas Archer and his wife, Mary of Station Road (now Brixworth Road) both from long-established families in Spratton. His father worked as a labourer in the nearby ironstone quarries. Fred did not follow his father into labouring work - he became a skilled tailor and worked for Greens of Brixworth. He volunteered in January 1915 and served in the Royal Engineers. After training in England he embarked for France with the British Expeditionary Force on 24 July 1915. He was 22 years of age. His younger brother, Walter, joined up two years later when he was 19.

Fred was promoted to Lance Corporal in August 1917 and then quickly to Corporal. After a spell of leave at home he returned to the front and distinguished himself in the First Battle of Passchendaele, for which he was awarded the Military Medal for bravery in the field on 13 October 1917. Two years later (23 July 1919) his bravery was recognised again with another Military Medal award.

Frederick Archer returned home safely when Peace was declared. His medals consist of the Military Medal and Bar, the 1914-15 Star, the British War Medal and the Victory Medal. 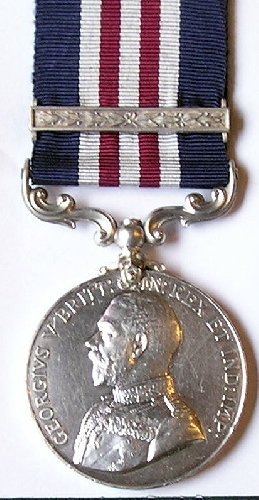