Samuel Reeve was born in Spratton on 1 December 1896, the third son of George Reeve, an ironstone labourer, and his wife Lydia, both from Spratton.  There were six children born while the family lived in Spratton and two more when they moved to Northampton in 1901. Samuel attended the village primary school and later became a machinist in the shoe trade in Northampton. Four of the Reeve brothers served in the First World War – George, Richard (known as Harry), Samuel and Sidney.  Samuel, George and Sidney all died; Harry was the only one to survive.

Samuel volunteered in October 1914 and was sent overseas to the Western Front with the 7th Battalion, Northamptonshire Regiment on 1 September 1915. He fought at the battles of Ypres, Festubert, Loos and the Somme. He was missing after the fighting at Montauban on 17 August 1916 when his battalion moved forward to relieve the Royal West Kents and were subjected to heavy shelling.  They later attacked the quarry at Guillemont.  Fifty men were killed in the raid and 50 were missing. Samuel was one of the missing, presumed dead. He was 20 years old. He was awarded the 1915 Star, the British War Medal and the Victory Medal. Samuel is remembered on the Thiepval Memorial in France to those missing from the Battle of the Somme. 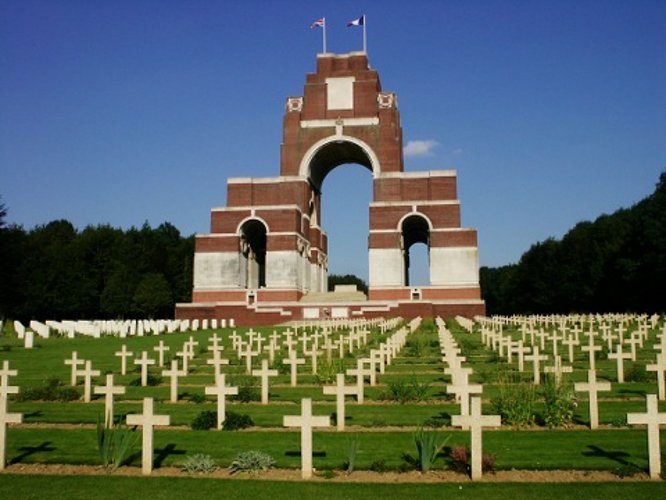 Thiepval Memorial to the missing from the Battle of the Somme

Thiepval Memorial to the missing from the Battle of the Somme